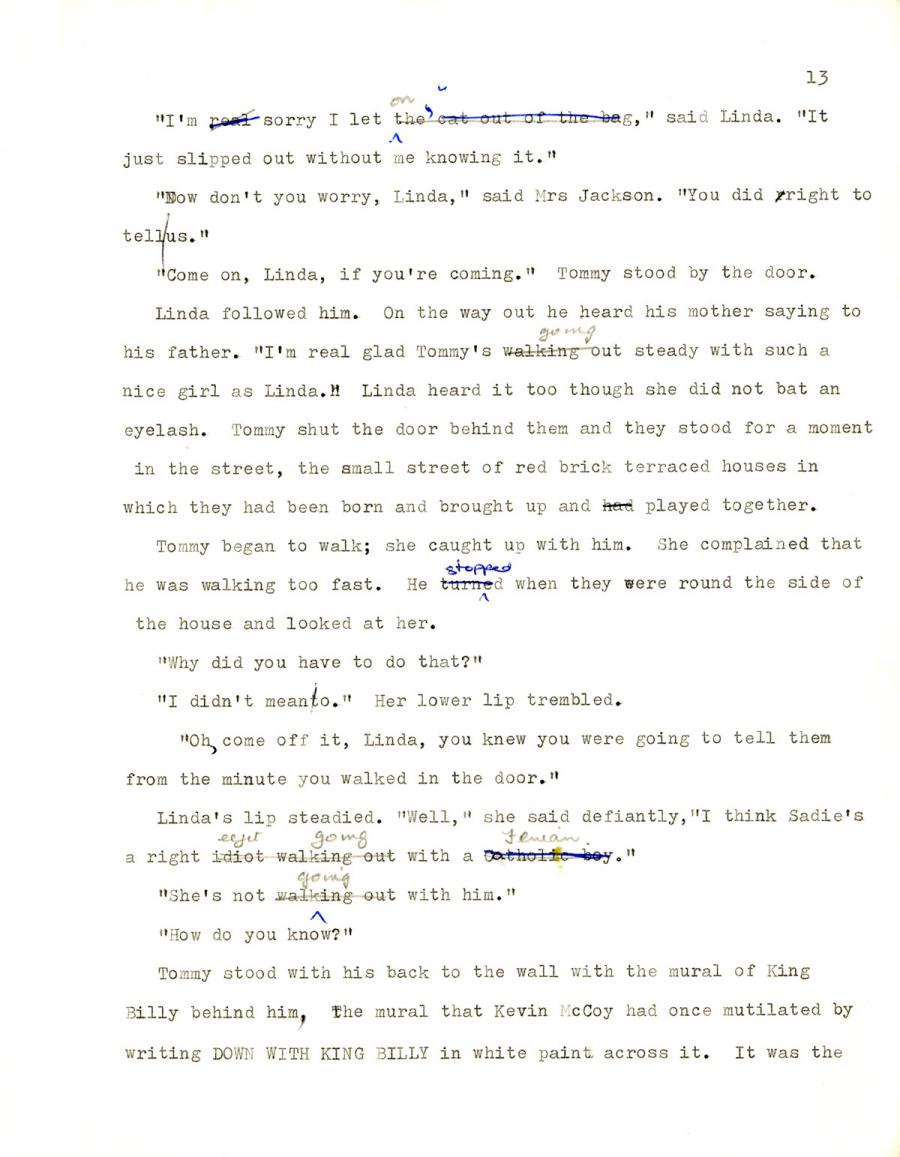 "I'm sorry I let on", said Linda. "It
just slipped out without me knowing it."

"Now don't you worry, Linda," said Mrs Jackson. "You did right to
tellus."

"Come on, Linda, if you're coming." Tommy stood by the door.

Linda followed him. On the way out he heard his mother saying to
his father. "I'm real glad Tommy's going steady with such a
nice girl as Linda. Linda heard it too though she did not bat an
eyelash. Tommy shut the door behind them and they stood for a moment
in the street, the small street of red brick terraced houses in
which they had been born and brought up and played together.

Tommy began to walk; she caught up with him. She complained that
he was walking too fast. He stopped when they were round the side of
the house and looked at her.

"Why did you have to do that?"

"Oh, come off it, Linda, you knew you were going to tell them
from the minute you walked in the door."

"She's not going with him."

Tommy stood with his back to the wall with the mural of King
Billy behind him, the mural that Kevin McCoy had once mutilated by
writing DOWN WITH KING BILLY in white paint, across it. It was the