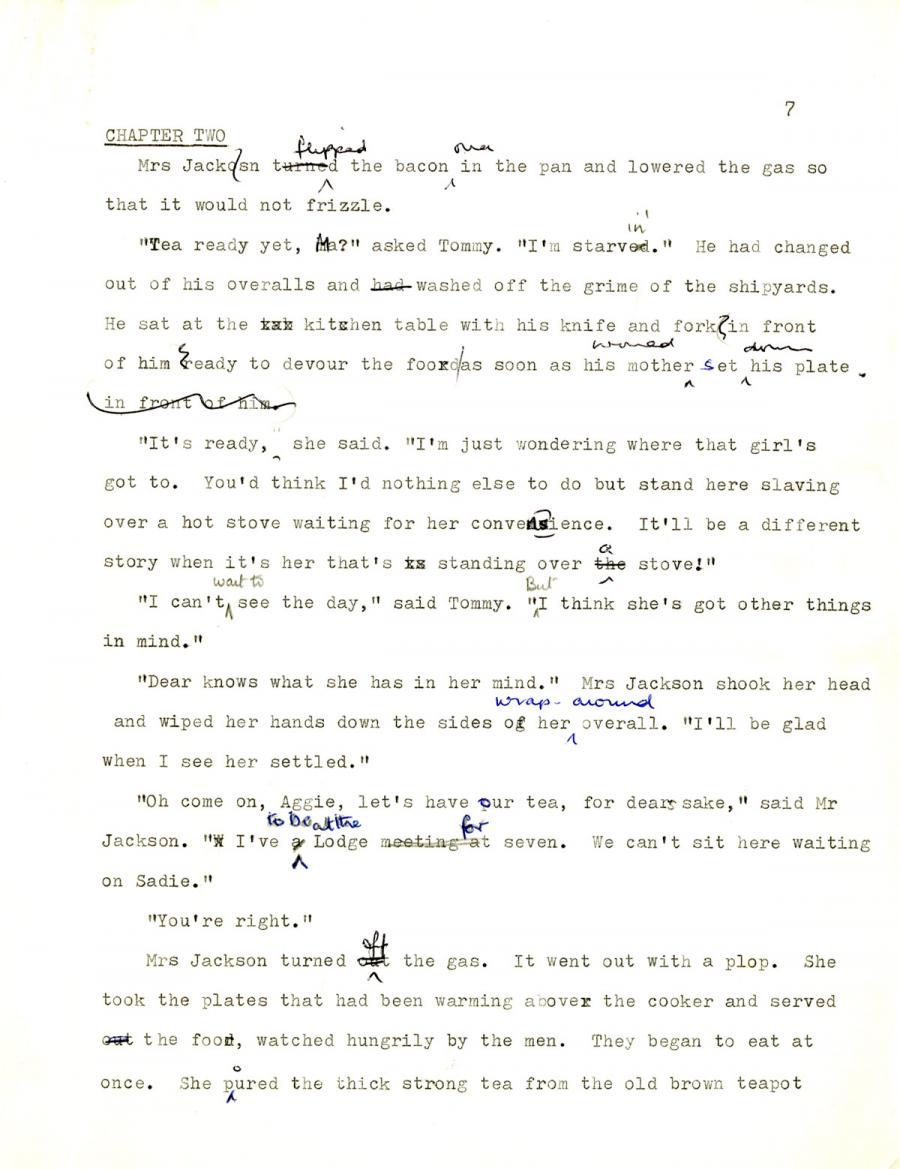 Mrs Jackosn flipped the bacon in the pan and lowered the gas so
that it would not frizzle.

"Tea ready yet, Ma? " asked Tommy. "I'm starved." He had changed
out of his overalls and washed off the grime of the shipyards.
He sat at the kitshen table with his knife and fork in front
of him ready to devour the food as soon as his mother set his plate

"It's ready, she said. "I'm just wondering where that girl's
got to. You'd think I'd nothing else to do but stand here slaving
over a hot stove waiting for her convenience. It'll be a different
story when it's her that's standing over a stove!"

"I can't wait to see the day," said Tommy. "But I think she's got other things
in mind."

"Dear knows what she has in her mind." Mrs Jackson shook her head
and wiped her hands down the sides of her wrap around overall. "I’ll be glad
when I see her settled."

"Oh come on, Aggie, let's have our tea, for dears sake." Said Mr
Jackson. " I've to be at the Lodge for seven. We can't sit here waiting
on Sadie."

Mrs Jackson turned off the gas. It went out with a plop. She
took the plates that had been warming above the cooker and served
the food, watched hungrily by the men. They began to eat at
once. She poured the thick strong tea from the old brown teapot