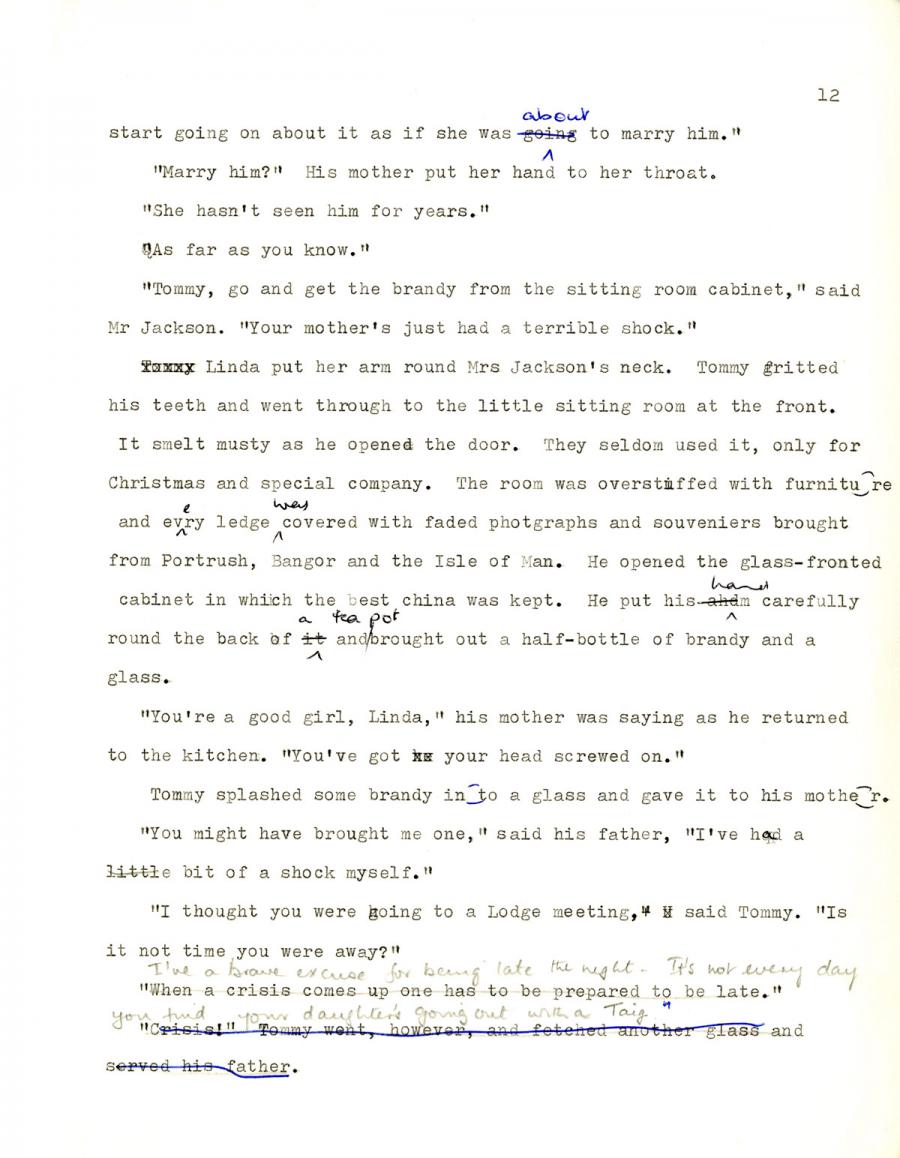 start going on about it as if she was about to marry him."

"Marry him?" His mother put her hand to her throat.

"She hasn't seen him for years."

"Tommy, go and get the brandy from the sitting room cabinet," said
Mr Jackson. "Your mother's just had a terrible shock."

Linda put her arm round Mrs Jackson's neck. Tommy gritted
his teeth and went through to the little sitting room at the front.

It smelt musty as he opened the door. They seldom used it, only for
Christmas and special company. The room was overstaffed with furniture
and every ledge covered with faded photgraphs and souveniers brought
from Portrush, Bangor and the Isle of Man. He opened the glass-fronted
cabinet in whiich the best china was kept. He put his hand carefully
round the back of a teapot andbrought out a half-bottle of brandy and a
glass.

"You're a good girl, Linda," his mother was saying as he returned
to the kitchen. "You've got your head screwed on."

Tommy splashed some brandy in to a glass and gave it to his mother.
"You might have brought me one," said his father, "I've had a
bit of a shock myself."

"I thought you were going to a Lodge meeting," said Tommy. "Is
it not time you were away?"

"I've a brave excuse for being late the night. It's not every day you find out your daughter's ging out with a Taig"