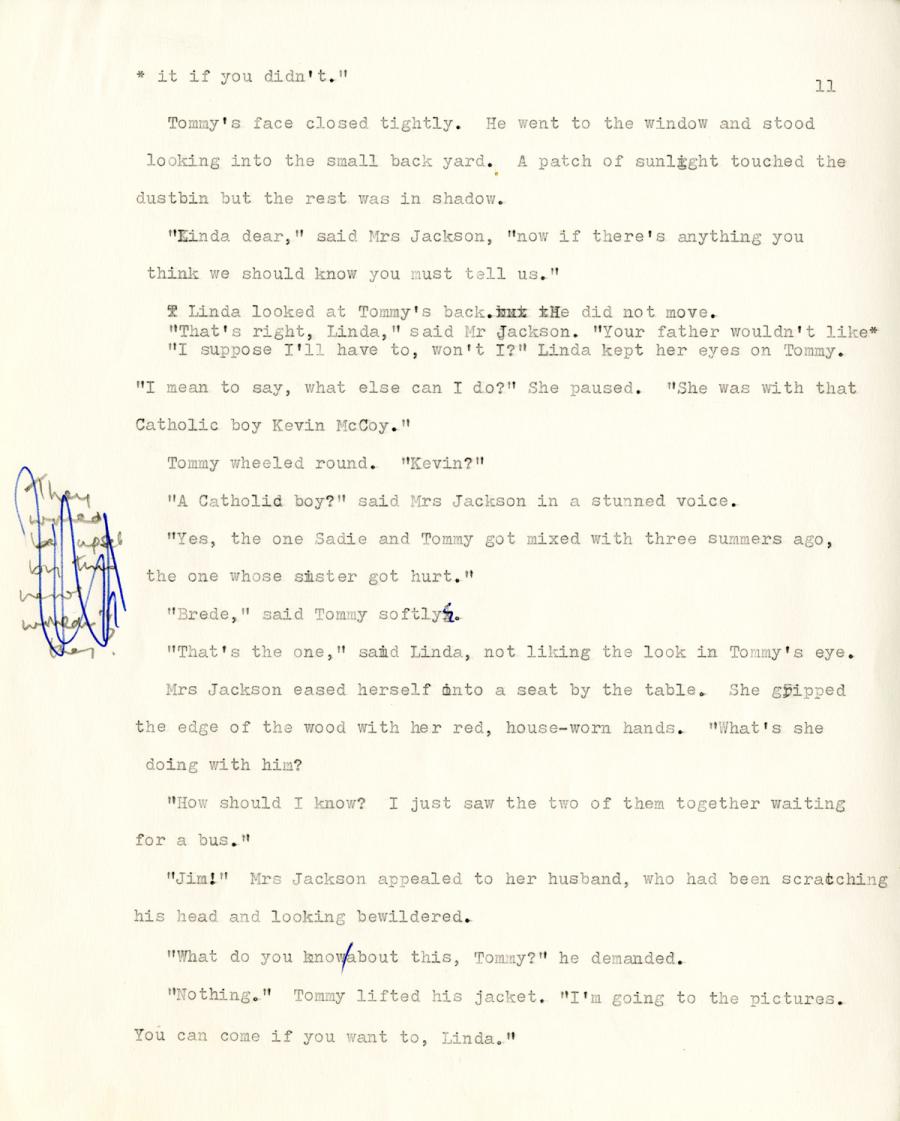 Tommy's face closed tightly. He went to the window and stood
looking into the small back yard. A patch of sunlight touched the
dustbin but the rest was in shadow.

"Linda dear,” said Mrs Jackson, "now if there's anything you
think we should know you must tell us.”

Linda looked at Tommy's back. He did not move.

"That's right, Linda,” said Mr Jackson. "Your father wouldn't like it if you didn't

"I suppose I'll have to, won't I?” Linda kept her eyes on Tommy.
"I mean to say, what else can I do?” She paused. "She was with that
Catholic boy Kevin McCoy.”

"A Catholic boy?” said Mrs Jackson in a stunned voice.

"Yes, the one Sadie and Tommy got mixed with three summers ago,
the one whose sister got hurt.”

"That's the one,” said Linda, not liking the look in Tommy's eye.

Mrs Jackson eased herself into a seat by the table. She gripped
the edge of the wood with her red, house-worn hands. "What's she
doing with him?

"How should I know? I just saw the two of them together waiting
for a bus.”

"Jim!” Mrs Jackson appealed to her husband, who had been scratching
his head and looking bewildered.

"What do you know about this, Tommy?” he demanded.

"Nothing..." Tommy lifted his jacket. "I'm going to the pictures.
You can come if you want to, Linda.”