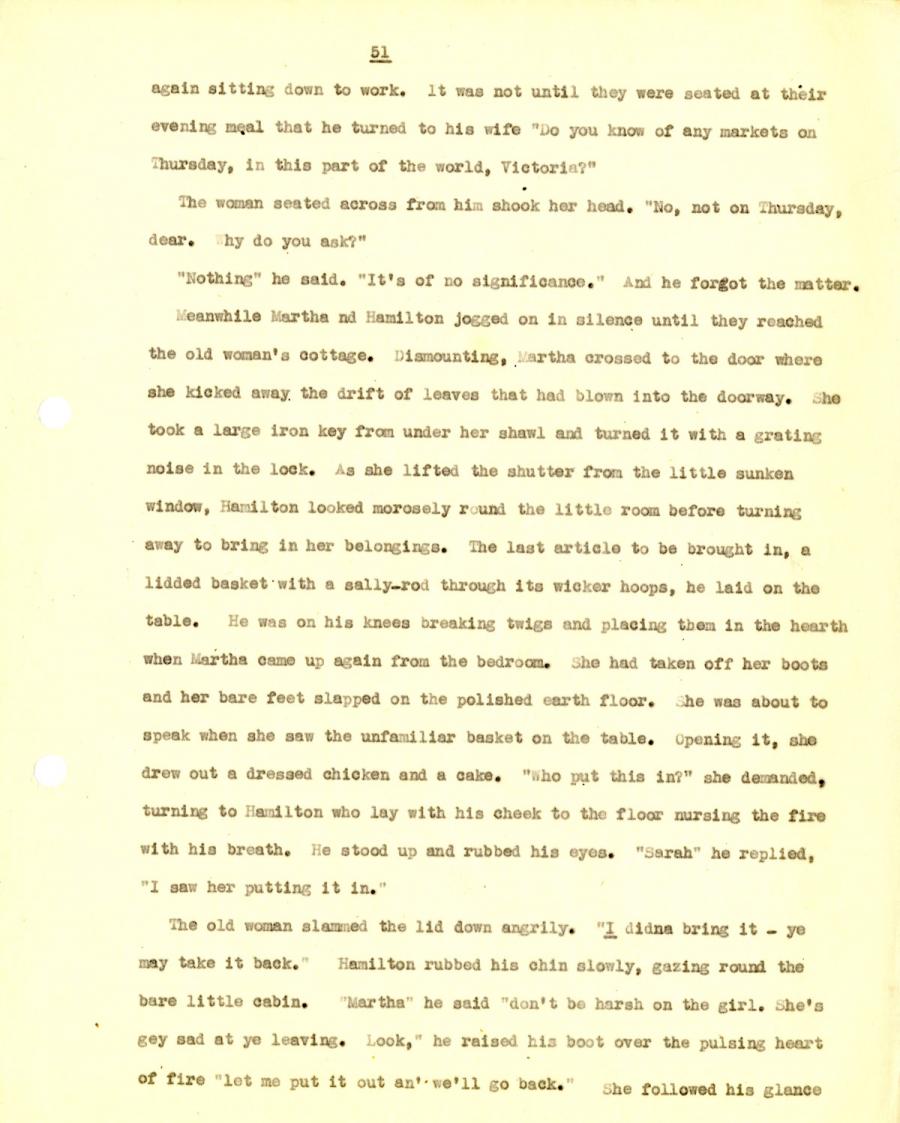 Thursday, in this part of the world, Victoria?"

The woman seated across from him shook her head. "No, not on Thursday,

"Nothing" he said. "It’s of no significance. ' And he forgot the matter,

Meanwhile Martha and Hamilton Jogged on in silence until they reached

the old woman's cottage.Dismounting, Martha crossed to the door where

aha kicked away the drift of leaves that had blown into the doorway. he

noise in the lock. As she lifted the shutter from the little sunken

away to bring in her belongings. The last article to be brought In, a

lidded basket with a sally-rod through its wicker hoops, he laid on the

table. He was on his knees breaking twigs and placing them in the hearth

when Martha came up again from the bedroom. ..lie had taken off her boots

and her bare feet slapped on the polished earth floor. She was about to

speak when she saw the unfamiliar basket on the table. Opening it, she

drew out a dressed chicken and a cake. “Who put this in?" she demanded,

with his breath. He stood up and rubbed his eyes. “Sarah" he replied,

The old woman slammed the lid down angrily. “I didna bring it - ye

may take it back.” Hamilton rubbed his chin slowly, gazing round the

bare little cabin. “Martha' he said "don't be harsh on the girl.She's

gey sad at ye leaving. Look," he raised his boot over the pulsing heart

of fire “let me put it out an’we’ll go back.” She followed his glance