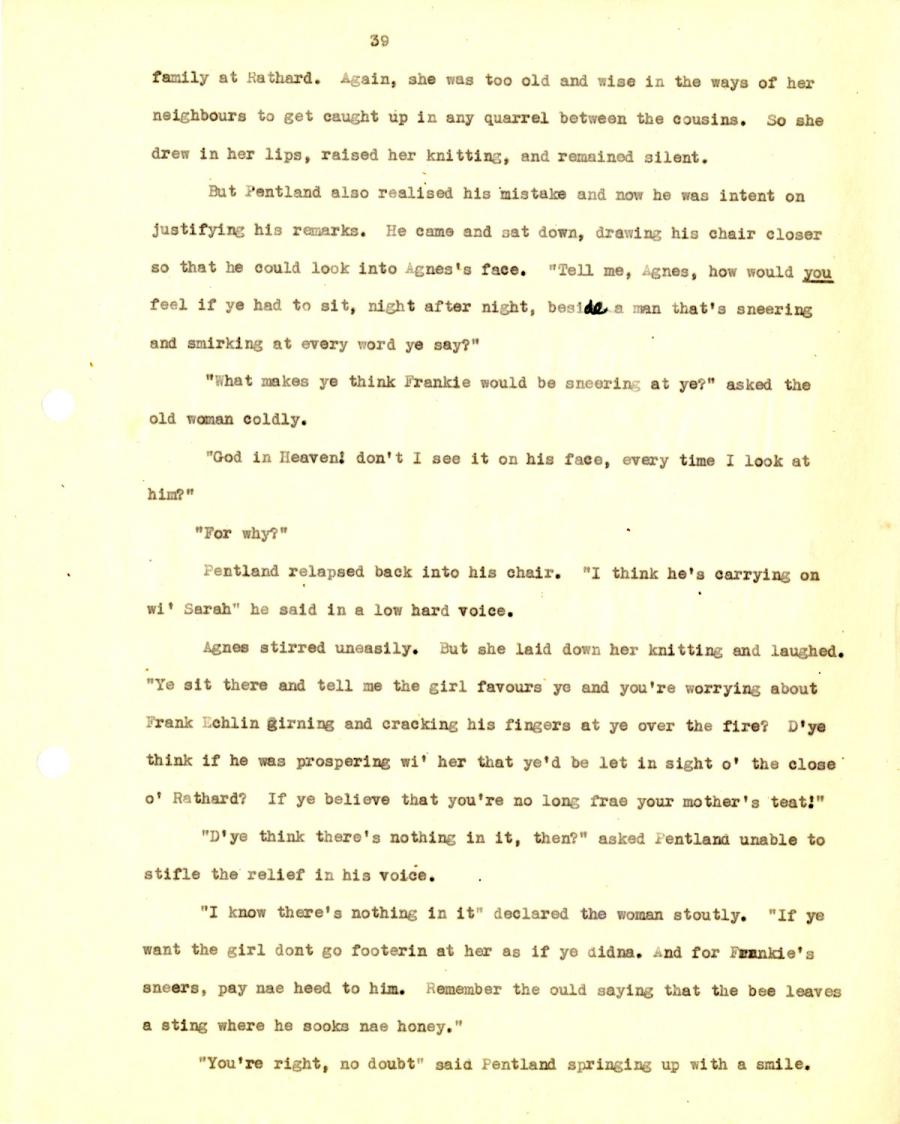 family at Rathard. Again, she was too old and wise in the ways of her

neighbours to get caught up in any quarrel between the cousins. So she

drew in her lips, raised her knitting, and remained silent.

justifying his remarks. He came and oat down, drawing his chair closer

so that he could look into Agnes’s face. "Tell me, Agnes, how would you

feel if ye had to sit, night after night, beside a man that’s sneering

and smirking at every word ye say?"

"What makes ye think Frankie would be sneering at ye?" asked the

"God in Heaven! don't I see it on his face, every time I look at

Pentland relapsed back into his chair. "I think he’s carrying on

wi’ Sarah" he said in a low hard voice.

Agnes stirred uneasily. But she laid down her knitting and laughed.

Frank Echlin girning and cracking his fingers at ye over the fire? D’ye

o’ Rathard? If ye believe that you're no long frae your mother’s teat!”

"D'ye think there's nothing in it, then?" asked Pentland unable to

stifle the relief in his voice.

"I know there's nothing in it" declared the woman stoutly. "If ye

want the girl dont go footerin at her as if ye didna. And for Frankie's

sneers, pay nae heed to him. Remember the ould saying that the bee leaves

a sting where he snooks nae honey."

"You’re right, no doubt" said Pentland springing up with a smile.