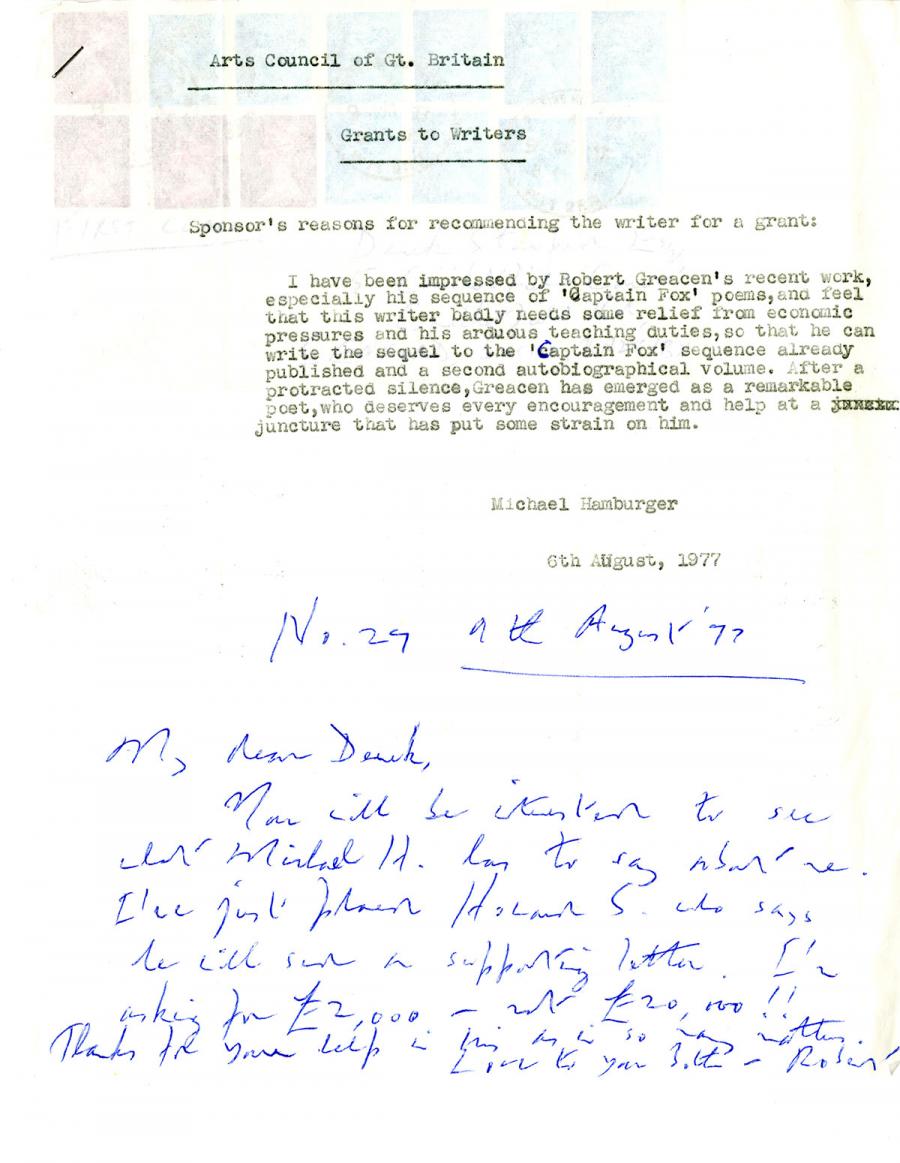 Sponsor's reasons for recommending the writer for a grant:

I have been impressed by Robert Greacen’s recent work,
especially his sequence of 'Captain Fox’ poems,and feel
that this writer badly needs some relief from economic
pressures and his arduous teaching duties,so that he can
write the sequel to the 'Captain Fox' sequence already
published and a second autobiographical volume. After a
protracted silence,Greacen has emerged as a remarkable
poet,who deserves every encouragement and help at a
juncture that has put some strain on him.