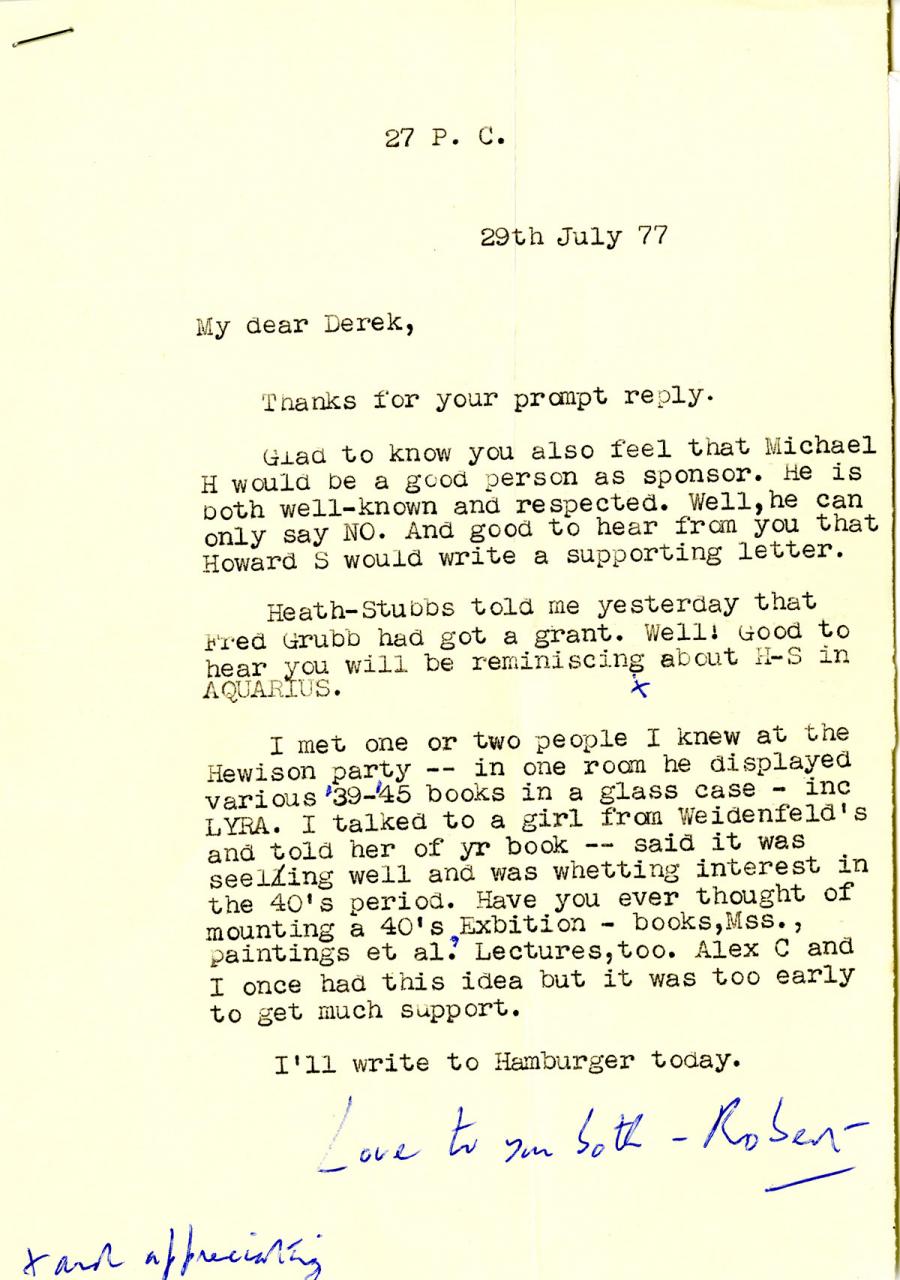 Thanks for your prompt reply.

(Had to know you also feel that Michael
H would be a good person as sponsor. He is
both well-known and respected. Well,he can
only say NO. And good to hear from you that
Howard S would write a supporting letter.

Heath-Stubbs told me yesterday that
Fred Grubb had got a grant. Well! (good to
hear you will be reminiscing x about H-S in
AQUARIUS.

I met one or two people I knew at the
Hewison party — in one roam he displayed
various '39-'45 books in a glass case - inc
LYRA. I talked to a girl from Weidenfeld‘s
and told her of yr book — said it was
seeling well and was whetting interest in
the 40's period. Have you ever thought of
mounting a 40's Exbition - books,Mss.,
paintings et al’ Lectures,too. Alex C and
I once had this idea but it was too early
to get much support.

Love to you both - Robert
x and appreciating