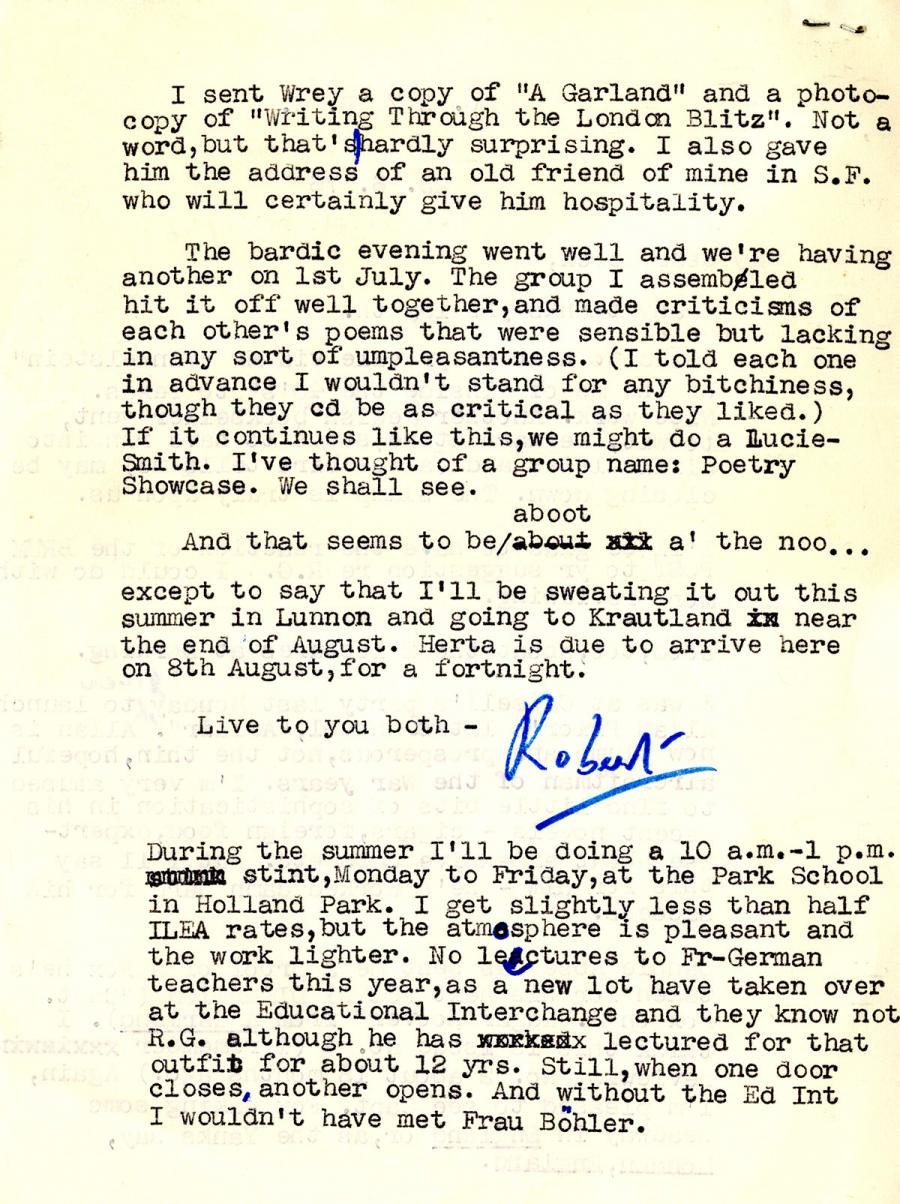 ﻿I sent Wrey a copy of "A Garland" ana a photo-
copy of "Writing Through the London Blitz". Not a
word,hut that's hardly surprising. I also gave
him the address of an old friend of mine in S.F.
who will certainly give him hospitality.

The bardic evening went well and we're having
another on 1st July. The group I assembled
hit it off well together,and made criticisms of
each other's poems that were sensible but lacking
in any sort of umpleasantness. (I told each one
in advance I wouldn't stand for any bitchiness,
though they cd be as critical as they liked.)

If it continues like this,we might do a ILucie-
Smith. I've thought of a group name: Poetry
Showcase. We shall see.

And that seems to be about a' the noo...

Live to you both - Robert

During the summer I'll be doing a 10 a.m.-l p.m.
stint,Monday to Friday,at the Park School
in Holland Park. I get slightly less than half
ILEA rates,but the atmosphere is pleasant and
the work lighter. No lectures to Fr-German
teachers this year,as a new lot have taken over
at the Educational Interchange and they know not
R.G. although he has lectured for that
outfit for about 12 yrs. Still,when one door
closes, another opens. And without the Ed Int
I wouldn't have met Frau Bohler.