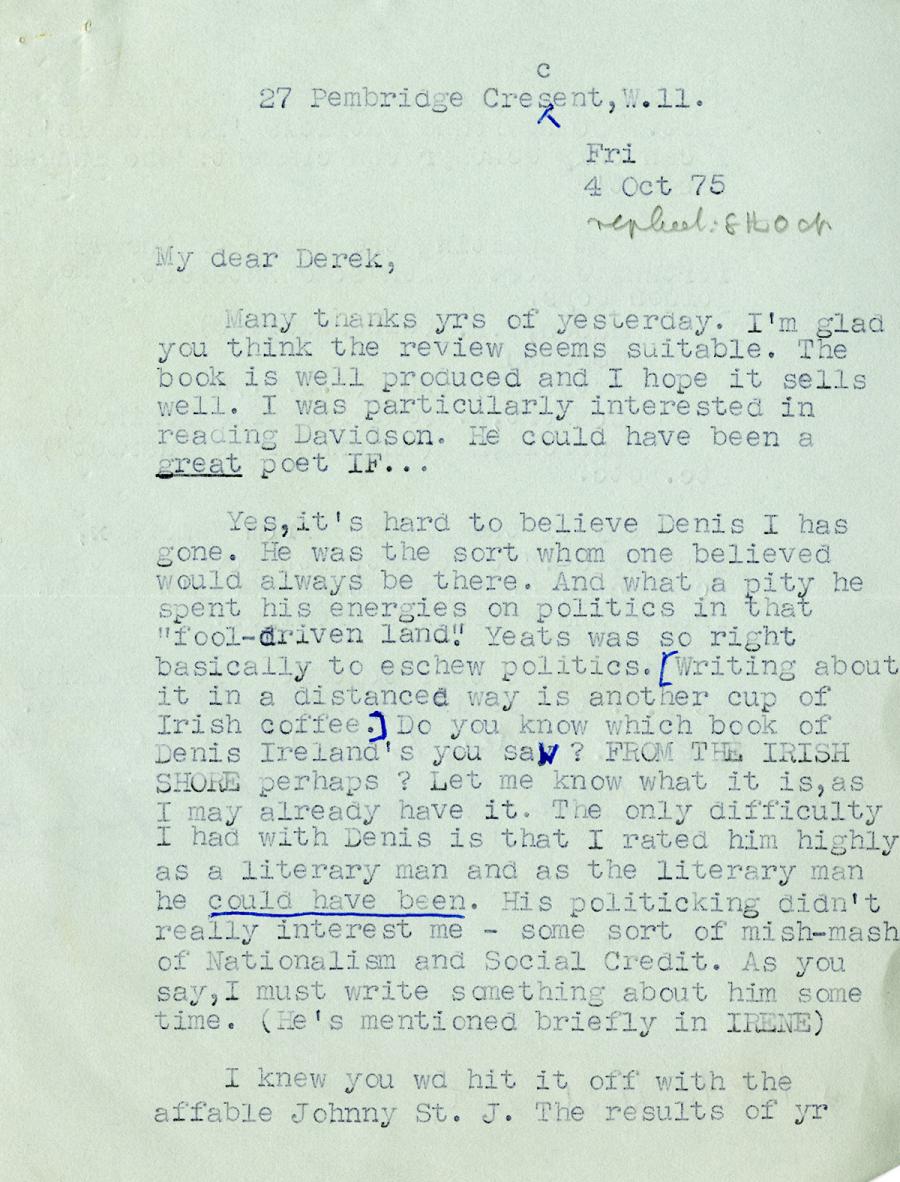 Deny thanks yrs of yesterday. I'm glad
you think the review seems suitable. The
book is well produced and I hope it sells
well. I was particularly interested in
reading Davidson, He could have been a
great poet IF. . .

Yes,it’s hard to believe Denis I has
gone. He was the sort whom one believed
would always be there. And what a pity he
spent his energies on politics in that
"fool-driven land". Yeats was so right
basically to eschew politics. (Writing about
it in a distanced way is another cup of
Irish coffee.) Do you know which book of
Denis Ireland's you saw FROM THE IRISH
SHORE perhaps ? Let me know what it is,as
I may already have it. The only difficulty
I had with Denis is that I rated him highly
as a literary man and as the literary man
he could have been. His politicking didn’t
really interest me - some sort of mish-mash
of nationalism and Social Credit. As you
say, I must write something about him some
time. (He's mentioned briefly in IRENE)

I knew you wd hit it off with the
affable Johnny St. J. The results of yr