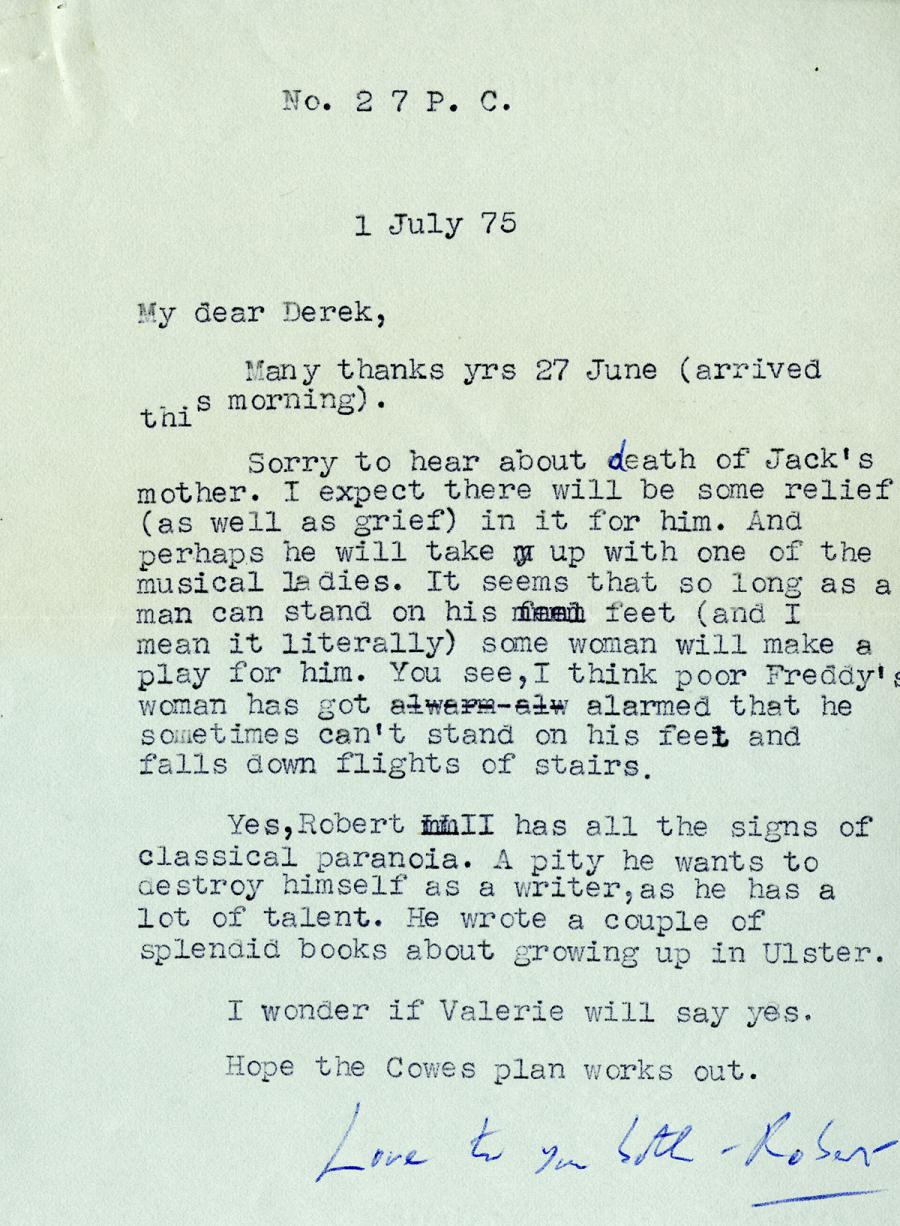 Many thanks yrs 27 June (arrived
this morning) •

Sorry to hear about death of Jack's
mother. I expect there will he some relief
(as well as grief) in it for him. And
perhaps he will take up with one of the
musical ladies. It seems that so long as a
man can stand on his feet (and I
mean it literally) some woman will make a
play for him. You see,I think poor Freddy's
woman has got alarmed that he
sometimes can’t stand on his feet and
falls down flights of stairs.

Yes,Robert II has all the signs of
classical paranoia. A pity he wants to
destroy himself as a writer,as he has a
lot of talent. He wrote a couple of
splendid hooks about growing up in Ulster.

I wonder if Valerie will say yes.
Hope the Cowes plan works out.