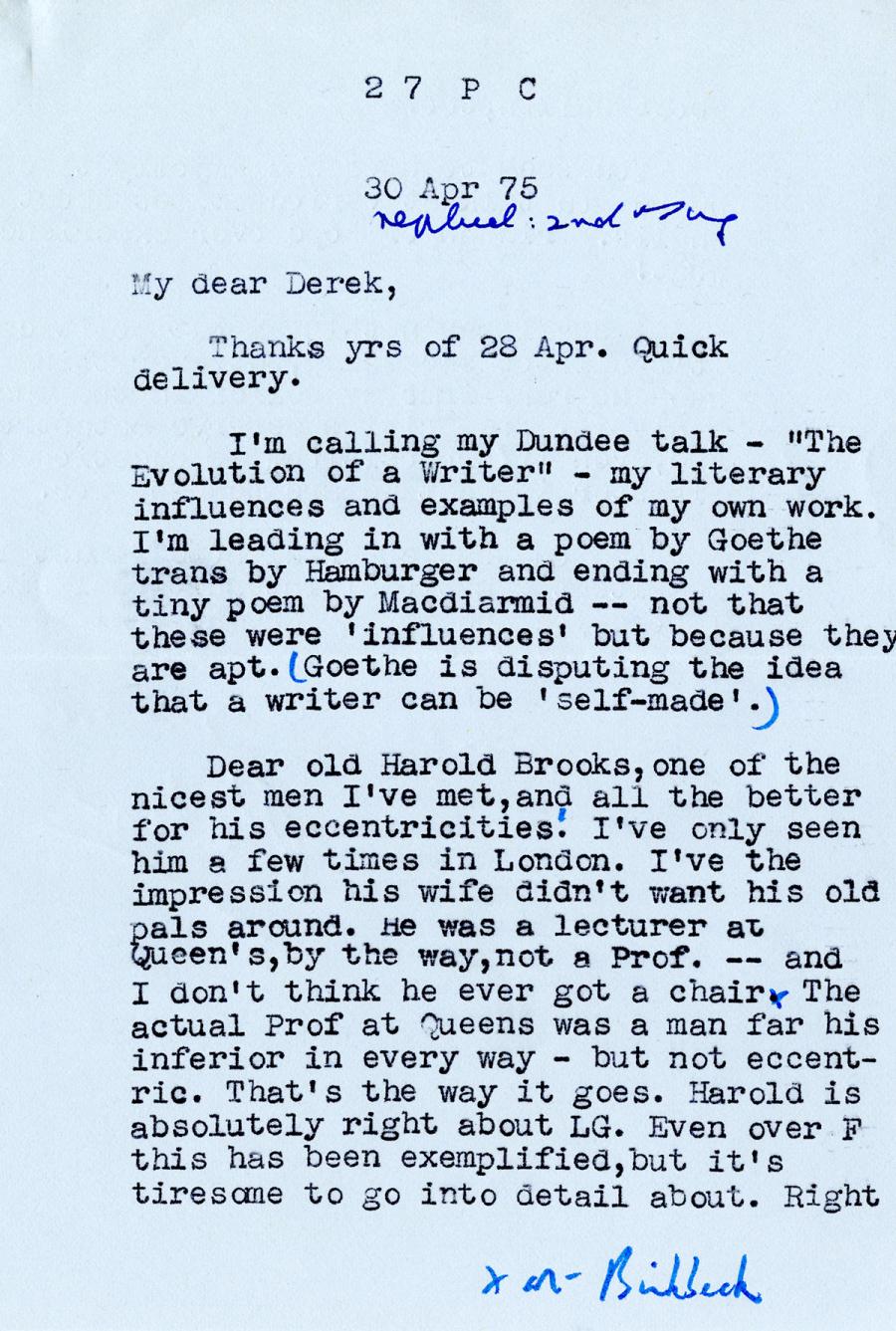 Thanks yrs of 28 Apr. Quick
delivery.

I'm calling my Dundee talk - "The
Evolution of a Writer"- my literary
influences and examples of my own work.
I'm leading in with a poem by Goethe
trans by Hamburger and ending with a
tiny poem by Macdiarmid — not that
these were 'influences' but because they
are apt.(Goethe is disputing the idea
that a writer can be 'self-made'.)

Dear old Harold Brooks,one of the
nicest men I've met,and all the better
for his eccentricities! I've only seen
him a few times in London. I've the
impression his wife didn't want his old
pals around. He was a lecturer at
Queen's,by the way,not a Prof. -- and
I don't think he ever got a chair. x The
actual Prof at Queens was a man far his
inferior in every way - but not eccent-
ric. That's the way it goes. Harold is
absolutely right about LG. Even over F
this has been exemplified,but it's
tiresome to go into detail about. Right
at Birkbeck