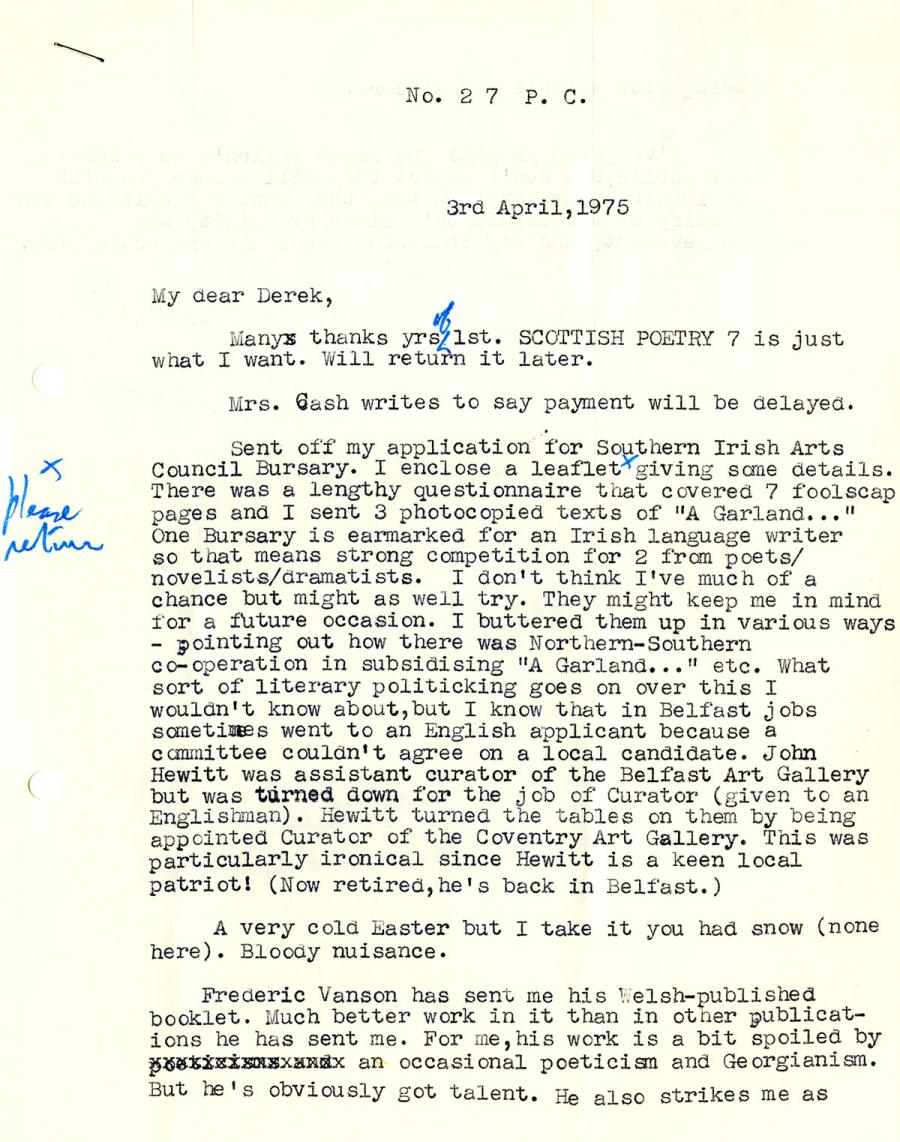 Many thanks yrs of lst. SCOTTISH POETRY 7 is just
what I want. Will return it later.

Mrs. Cash writes to say payment will he delayed.

Sent off my application for Southern Irish Arts
Council Bursary. I enclose a leaflet xgiving some details.
There was a lengthy questionnaire that covered 7 foolscap
pages and I sent 3 photocopied texts of "A Garland..."
One Bursary is earmarked for an Irish language writer
so that means strong competition for 2 from poets/
novelists/dramatists. I don't think I've much of a
chance but might as well try. They might keep me in mind
for a future occasion. I buttered them up in various ways
- pointing out how there was Northern-Southern
co-operation in subsidising "A Garland..." etc. What
sort of literary politicking goes on over this I
wouldn't know about,but I know that in Belfast jobs
sometimes went to an English applicant because a
committee couldn't agree on a local candidate. John
Hewitt was assistant curator of the Belfast Art Gallery
but was turned down for the job of Curator (given to an
Englishman). Hewitt turned the tables on them by being
appointed Curator of the Coventry Art Gallery. This was
particularly ironical since Hewitt is a keen local
patriot! (Now retired,he's back in Belfast.)

A very cold Easter but I take it you had snow (none
here). Bloody nuisance.

Frederic Vanson has sent me his Welsh-published
booklet. Much better work in it than in otner publicat-
ions he has sent me. For me,his work is a bit spoiled by
an occasional poeticism and Georgianism.

But he's obviously got talent. He also strikes me as