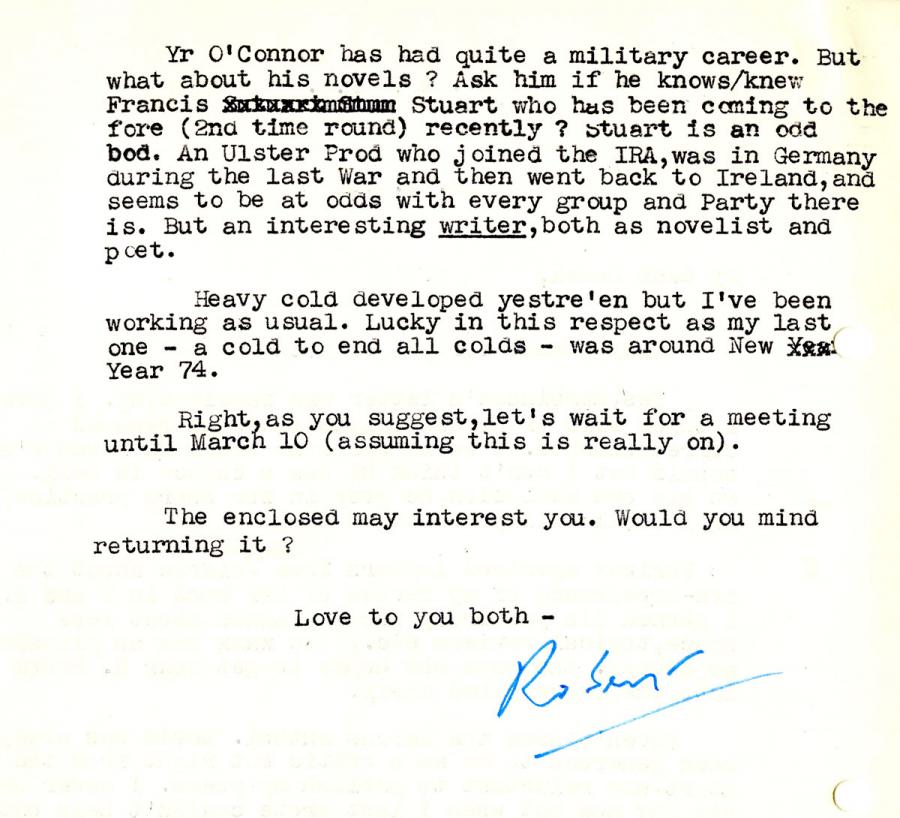 ﻿Yr 0'Connor has had quite a military career. But
what about his novels ? Ask him if he knows/knew:
Francis Stuart who has been coning to the
fore (2nd time round) recently ? Stuart is an odd
bod. An Ulster Prod who joined the IRA,was in Germany
during the last War and then went back to Ireland, and
seems to be at odds with every group and Party there
is. But an interesting writer.both as novelist and
poet.

Heavy cold developed yestre'en but I've been
working as usual. Lucky in this respect as my last
one - a cold to end all colds - was around New
Year 74.

Right,as you suggest,let's wait for a meeting
until March 10 (assuming this is really on).

The enclosed may interest you. Would you mind
returning it ?

Love to you both -