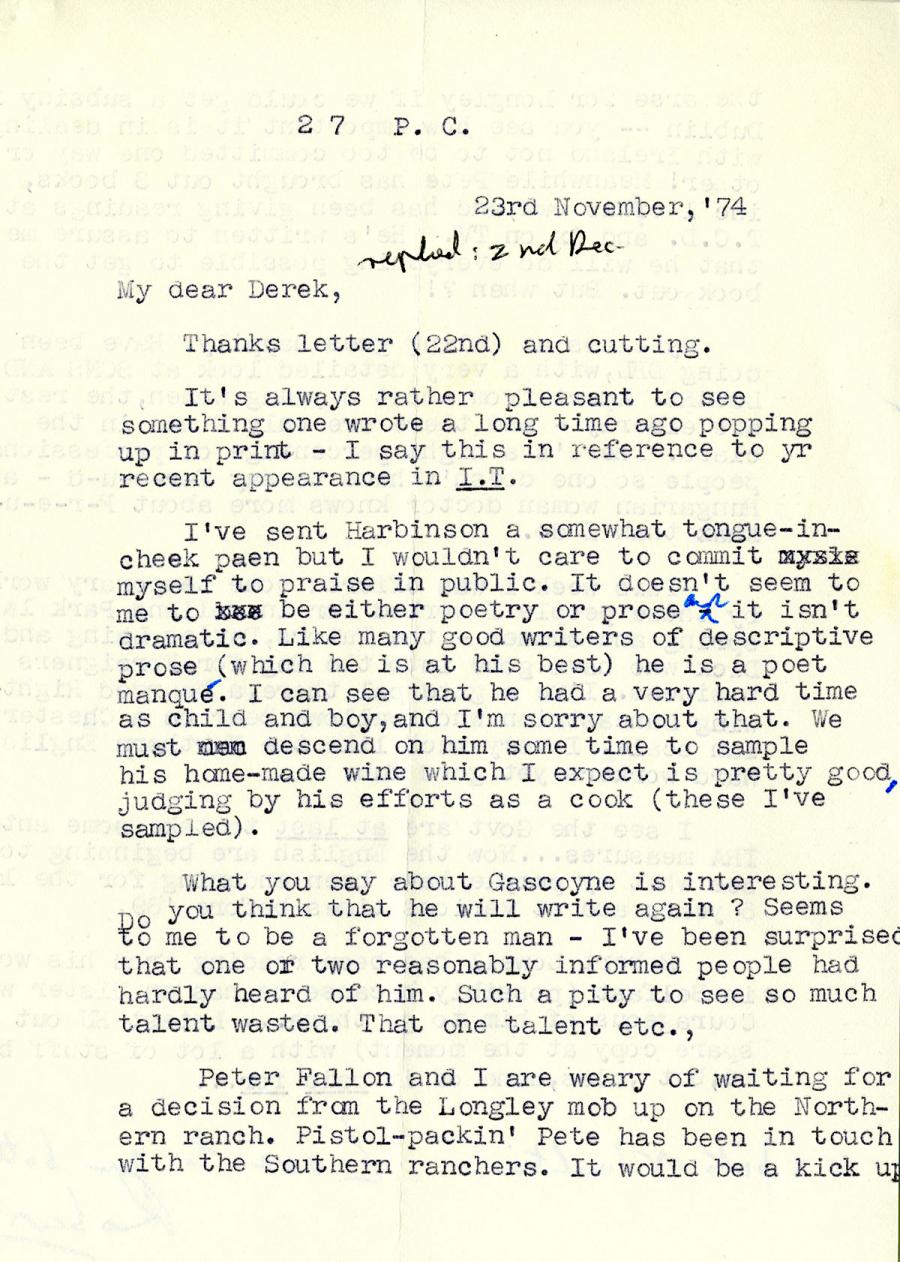 Thanks letter (22nd) and cutting.

It’s always rather pleasant to see
something one wrote a long time ago popping
up in print - I say this in reference to yr
recent appearance in I.T.

I’ve sent Harbinson a somewhat tongue-in-
cheek paen but I wouldn't care to commit
myself to praise in public. It doesn’t seem to
me to be either poetry or prose and it isn’t
dramatic. Like many good writers of descriptive
prose (which he is at his best) he is a poet
manque. I can see that he had a very hard time
as child and boy,and I’m sorry about that. We
must descend on him some time to sample
his home-made wine which I expect is pretty good,
judging by his efforts as a cook (these I’ve
sampled).

What you say about Gascoyne is interesting.
Do you think that he will write again ? Seems
to me to be a forgotten man - I've been surprised
that one or two reasonably informed people had
hardly heard of him. Such a pity to see so much
talent wasted. That one talent etc.,

Peter Fallon and I are weary of waiting for
a decision from the Longley mob up on the North-
ern ranch. Pistol-packin’ Pete has been in touch
with the Southern ranchers. It would be a kick up