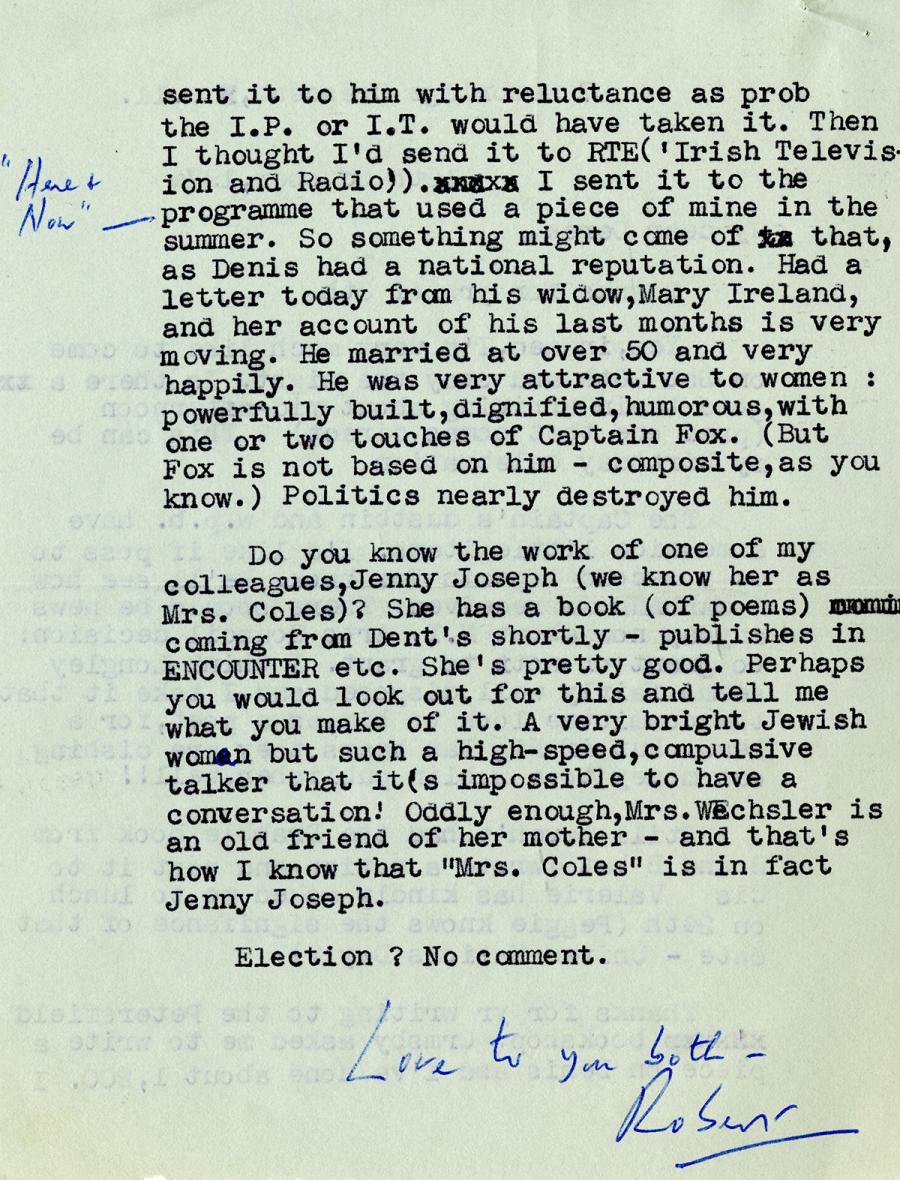 ﻿sent it to him with reluctance as prob
the I.P. or I.T. would have taken it. Then
I thought I’d send it to RTE('Irish Televis-
ion and Radio'). I sent it to the
"Here + Now" programme that used a piece of mine in the
summer. So something might come of that,
as Denis had a national reputation. Had a
letter today from his widow,Mary Ireland,
and her account of his last months is very
moving. He married at over 50 and very
happily. He was very attractive to women :
powerfully built,dignified,humorous,with
one or two touches of Captain Fox. (But
Fox is not based on him - composite,as you
know.) Politics nearly destroyed him.

Do you know the work of one of my
colleagues,Jenny Joseph (we know her as
Mrs. Coles)? She has a book (of poems)
coming from Dent’s shortly - publishes in
ENCOUNTER etc. She’s pretty good. Perhaps
you would look out for this and tell me
what you make of it. A very bright Jewish
woman but such a high-speed,compulsive
talker that it's impossible to have a
conversation! Oddly enough,Mrs.Wechsler is
an old friend of her mother - and that's
how I know that "Mrs. Coles" is in fact
Jenny Joseph.