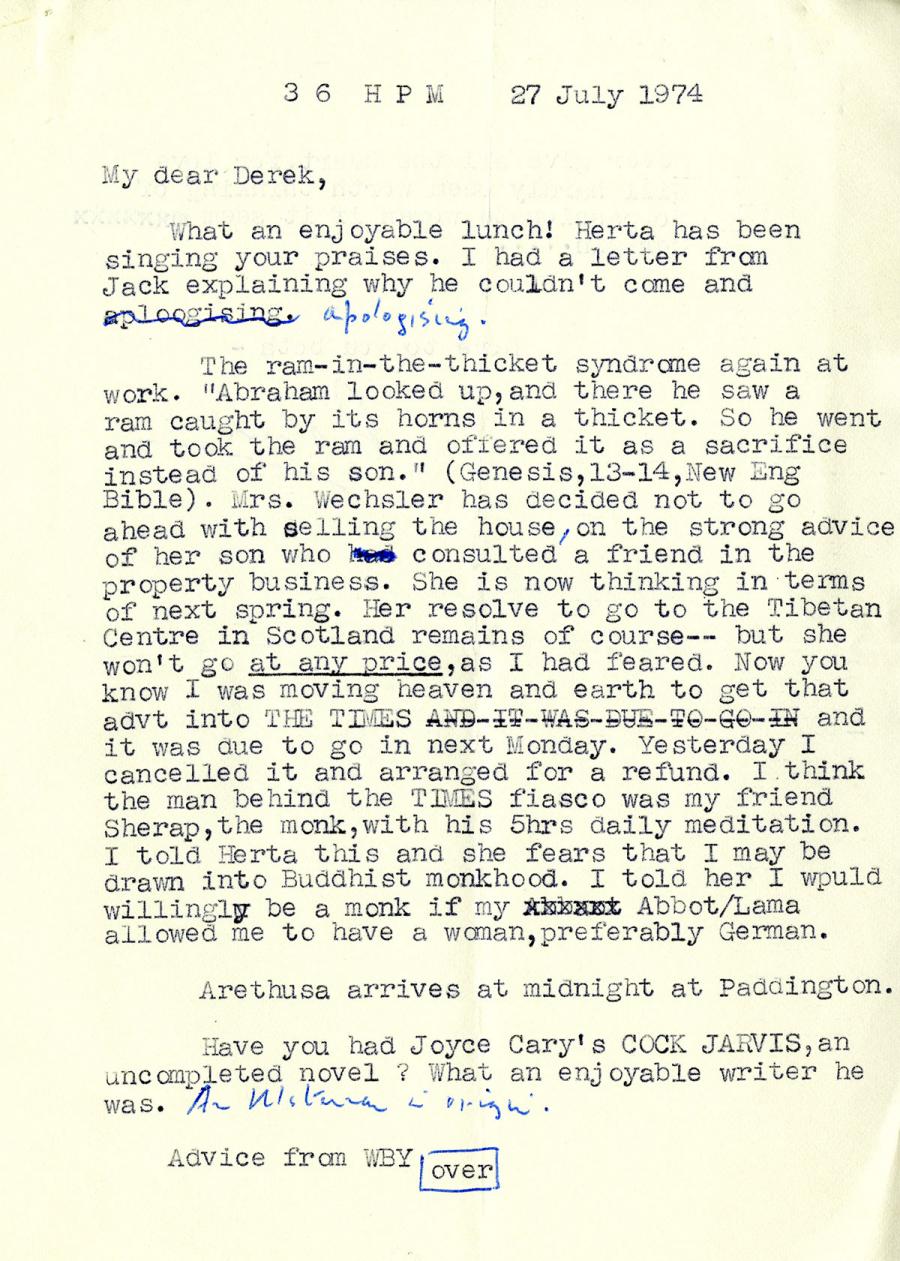 What an enjoyable lunch! Herta has been
singing your praises. I had a letter from
Jack explaining why he couldn't come and
apologising

The ram-in-the-thicket syndrome again at
work. "Abraham looked up,and there he saw a
ram caught by its horns in a thicket. So he went
and took the ram and offered it as a sacrifice
instead of his son." (Genesis,13-14,New Eng
Bible). Mrs. Wechsler has decided not to go
ahead with selling the house, on the strong advice
of her son who consulted a friend in the
property business. She is now thinking in terms
of next spring. Her resolve to go to the Tibetan
Centre in Scotland remains of course— but she
won't go at any price,as I had feared. Now you
know I was moving heaven and earth to get that
advt into THE TIMES and
it was due to go in next Monday. Yesterday I
cancelled it and arranged for a refund. I.think
the man behind the TIMES fiasco was my friend
Sherap,the monk,with his 5hrs daily meditation.
I told Herta this and she fears that I may be
drawn into Buddhist monkhood. I told her I wpuld
willingly be a monk if my Abbot/Lama
allowed me to have a woman,preferably German.

Arethusa arrives at midnight at Paddington.

Have you had Joyce Cary's COCK JARVIS,an
uncompleted novel ? What an enjoyable writer he
was. An Ulsterman in origin