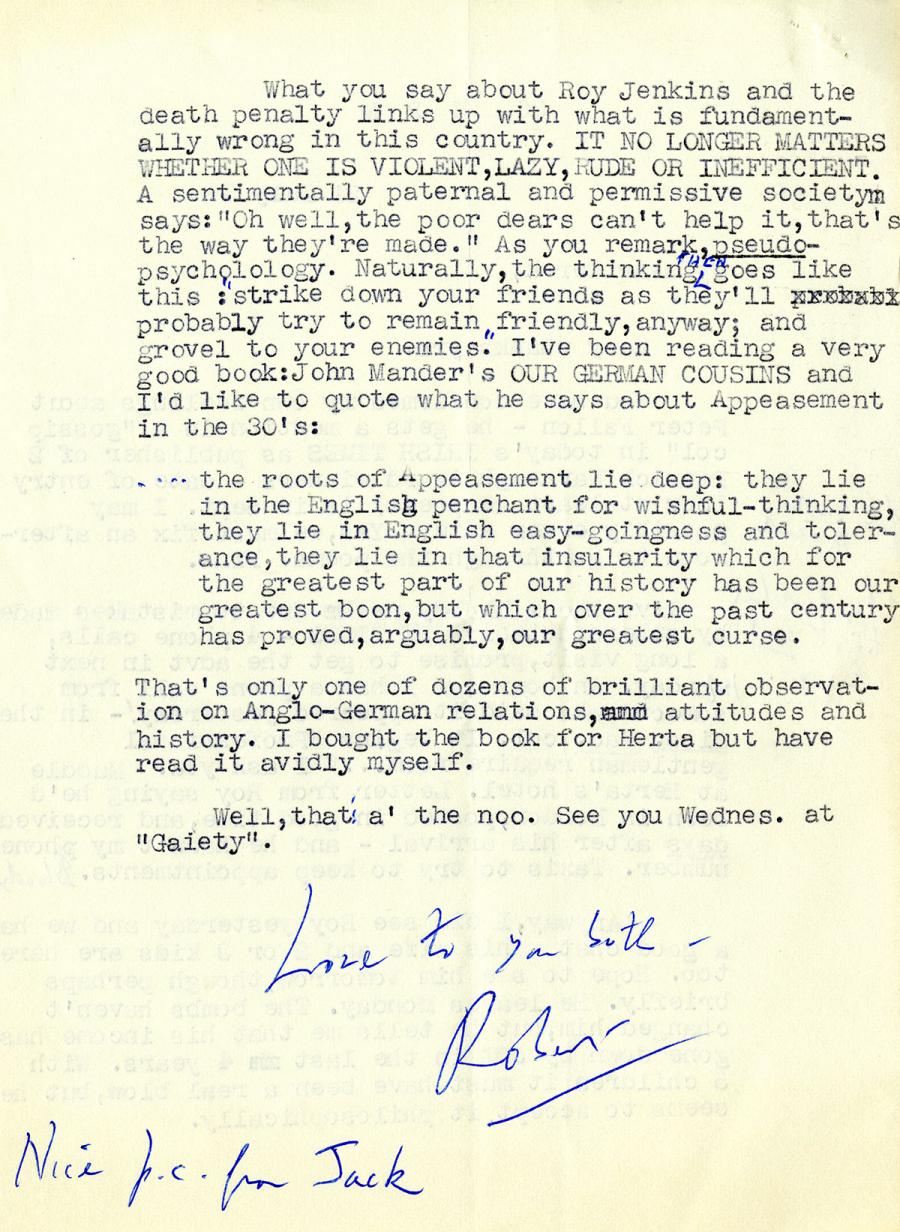 ﻿What you say about Roy Jenkins and the
death penalty links up with what is fundament-
ally wrong in this country. IT NO LONGER MATTERS
WHETHER ONE IS VIOLENT,LAZY,RUDE OR INEFFICIENT.
A sentimentally paternal and permissive society
says:"Oh well,the poor dears can’t help it,that’s
the way they’re made" As you remark pseudo-
psycholology. Naturally,the thinking then goes like
this "strike down your friends as they’ll
probably try to remain friendly, anyway; and
grovel to your enemies." I’ve been reading a very
good book:John Hander’s OUR GERMAN COUSINS and
I’d like to quote what he says about Appeasement
in the 30* s:

....the roots of Appeasement lie deep: they lie
in the English penchant for wishful-thinking,
they lie in English easy-goingness and toler-
ance, they lie in that insularity which for
the greatest part of our history has been our
greatest boon,but which over the past century
has proved,arguably,our greatest curse.

That’s only one of dozens of brilliant observat-
ion on Anglo-German relations, attitudes and
history. I bought the book for Herta but have
read it avidly myself.

Well,that a’ the noo. See you Wednes. at
"Gaiety".