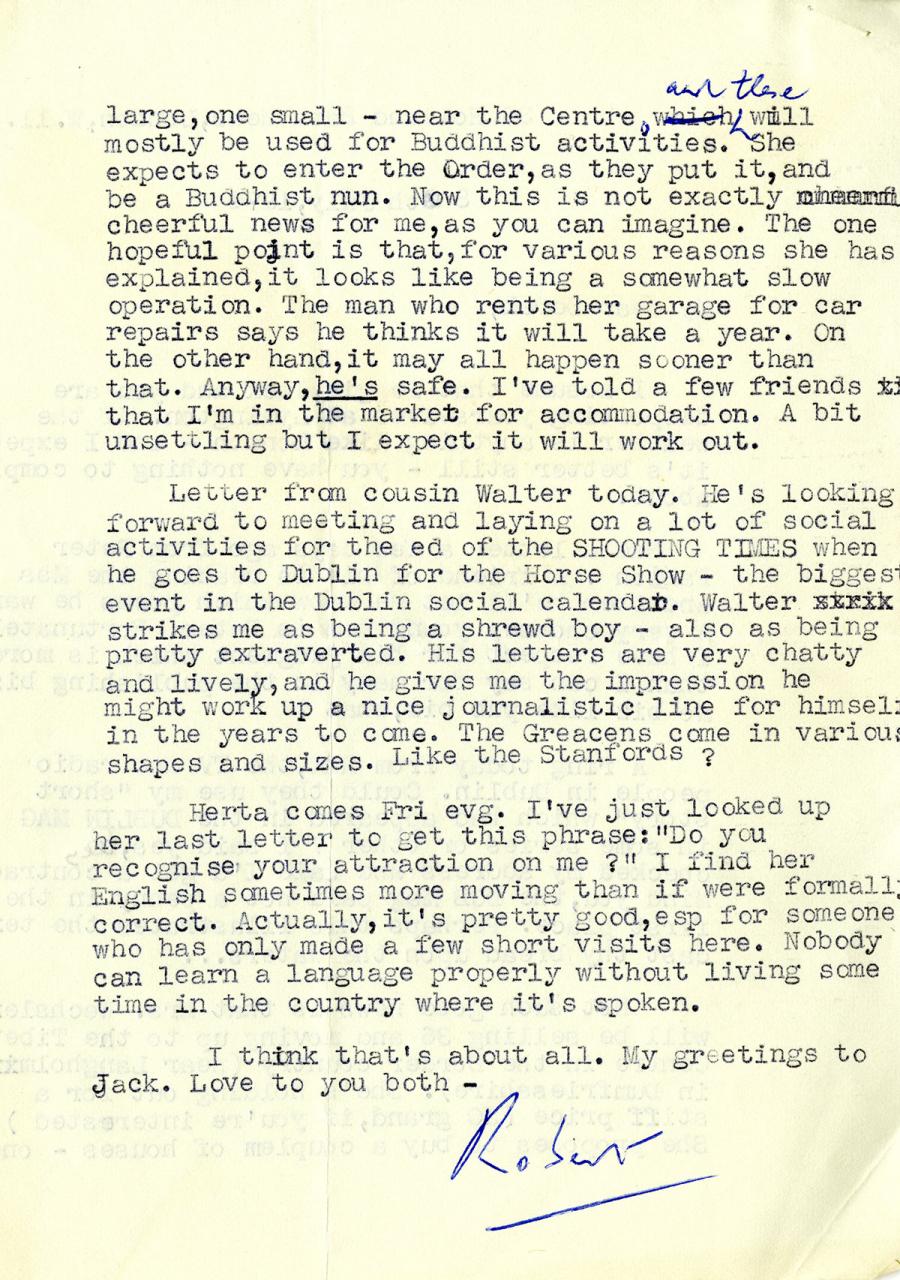 ﻿large,one small - near the Centre, and these will
mostly be used for Buddhist activities. She
expects to enter the Order, as they put it, and
be a Buddhist nun. Now this is not exactly
cheerful news for me,as you can imagine. The one
hopeful point is that,for various reasons she has
explained,it looks like being a somewhat slow
operation. The man who rents her garage for car
repairs says he thinks it will take a year. On
the other hand,it may all happen sooner than
that. Anyway,he’ s safe. I’ve told a few friends
that I’m in the market for accommodation. A bit
unsettling but I expect it will work out.

Letter from cousin Walter today. He’s looking
forward to meeting and laying on a lot of social
activities for the ed of the SHOOTING TIMES when
he goes to Dublin for the Horse Show - the biggest
event in the Dublin social calendar. Walter
strikes me as being a shrewd boy - also as being
pretty extraverted. His letters are very chatty
and lively,and he gives me the impression he
might work up a nice journalistic line for himself
in the years to come. The Greacens come in various
shapes and sizes. Like the Stanfords?

Herta comes Fri evg. I’ve just looked up
her last letter to get this phrase:"Do you
recognise your attraction on me ?",f I find her
English sometimes more moving than if were formally
correct. Actually,it’s pretty good,esp for someone
who has only made a few short visits here. Nobody
can learn a language properly without living some
time in the country where it’s spoken.

I think that’s about all. My greetings to Jack. Love to you both -
Robert