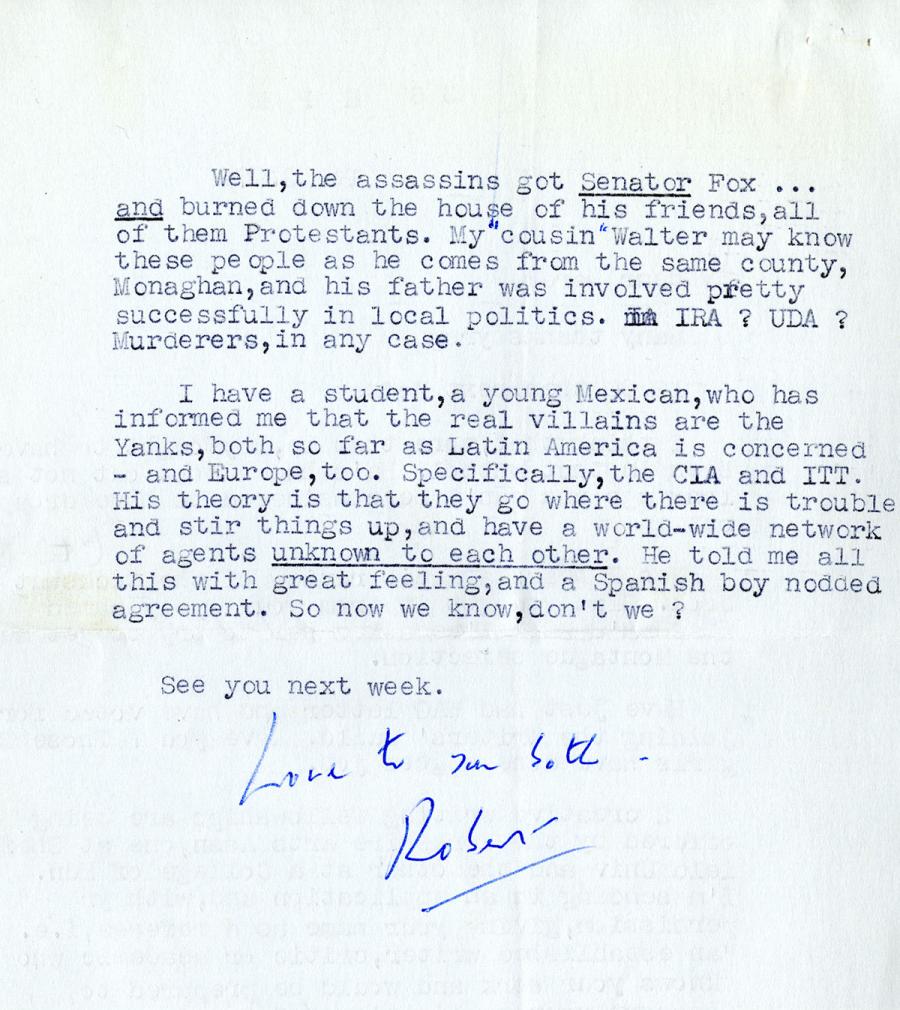 ﻿Well,the assassins got Senator Fox ...
and burned down the house of his friends,all
of them Protestants. My "cousin" Walter may know
these people as he comes from the same county,
Monaghan,and his father was involved pretty
successfully in local politics. IRA. ? UDA ?
Murderers,in any case.

I have a student,a young Mexican,who has
informed me that the real villains are the
Yanks,both so far as Latin America is concerned
- and Europe,too. Specifically,the CIA and ITT.
His theory is that they go where there is trouble
and stir things up,and have a world-wide network
of agents

See you next week.
Love to you both -
Robert