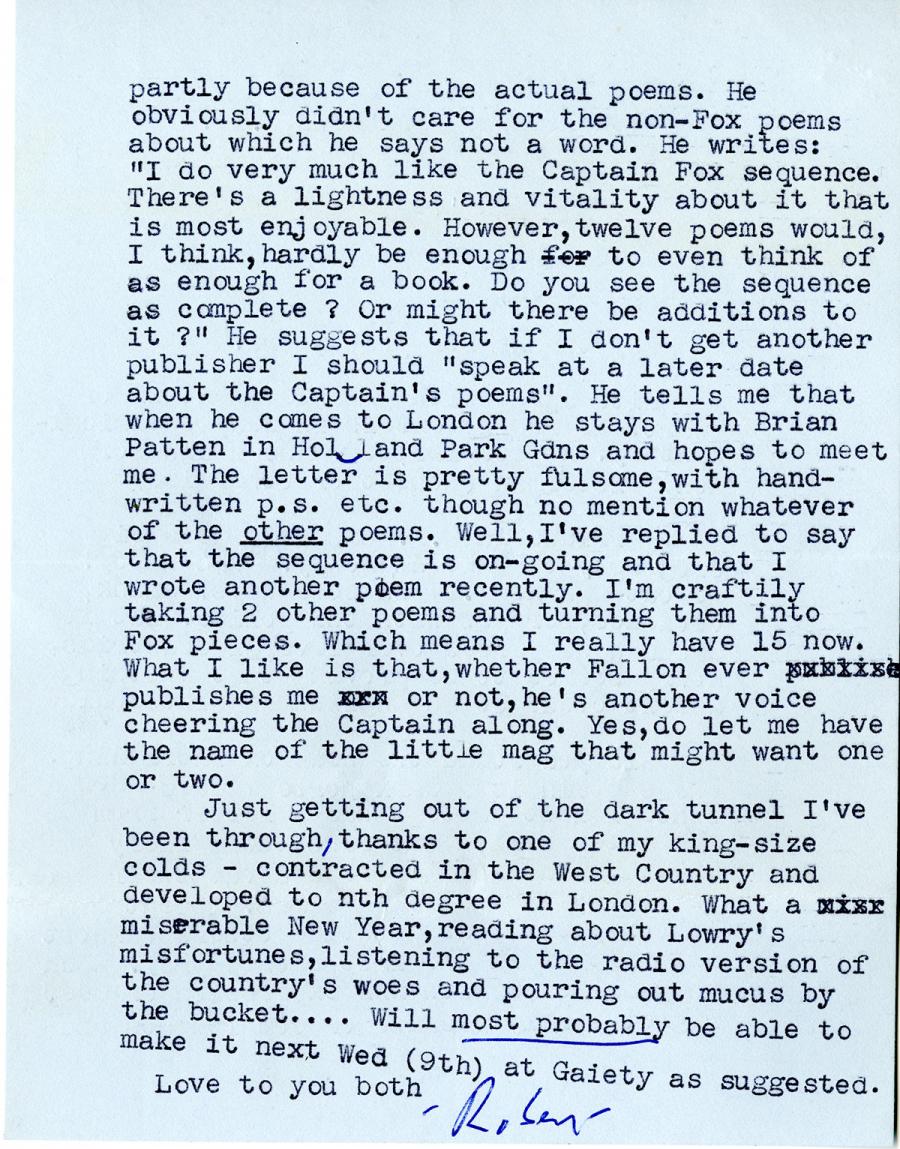 ﻿partly because of the actual poems. He obviously didn’t care for the non-Fox poems about which he says not a word. He writes: “I do very much like the Captain Fox sequence. There’s a lightness and vitality about it that is most enjoyable. However twelve poems would, I think, hardly be enough to even think of as enough for a book. Do toy see the sequence as complete ? Or might there be additions to it ?” He suggests that if I don’t get another publisher I should “speak at a later date about the Captain’s poems”. He tells me that when he comes to London he stays with Brian Paten in Holland Park Gdns and hopes to meet me. The letter is pretty fulsome, with handwritten p.s. etc. though no mention whatever of the other poems. Well, I’ve replied to say that the sequence is on-going and that I wrote another poem recently. I’m craftily taking 2 other poems and turning them into Fox pieces. Which means I really have 15 now. What I like is that, whether Fallon ever publishes me or not, he’s another voice cheering the Capitain along. Yes, do let me have the name of the little mag that might want one or two.
Just getting out of the dark tunnel I’ve been through, thanks to one of my king-size colds – contracted in the West Country and developed to nth degree in London. What a miserable New Year, reading about Lowry’s misfortunes, listening to the radio version of the country’s woes and pouring out mucus by the bucket…. Will most probably be able to make it next Wed (9th) at Gaiety as suggested.
Love to you both –
Robert