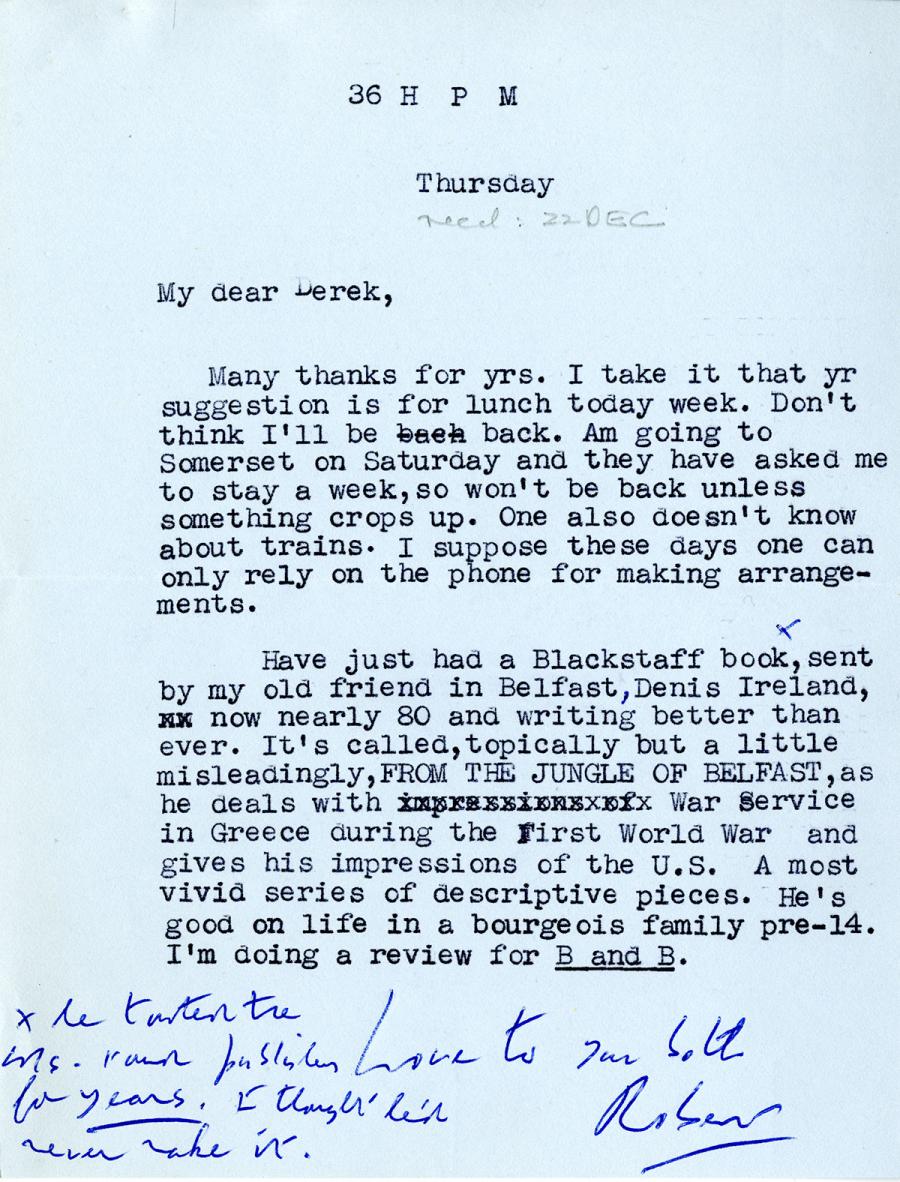 Many thanks for yrs. I take it that yr
suggestion is for lunch today week. Don't
think I'll be back. Am going to
Somerset on Saturday and they have asked me
to stay a week,so won't be back unless
something crops up. One also doesn't know
about trains. I suppose these days one can
only rely on the phone for making arrange-
ments.

Have just had a Blackstaff bookx,sent
by my old friend in Belfast, Denis Ireland,
now nearly 80 and writing better than
ever. It's called,topically but a little
misleadingly,FROM THE JUNGLE OF BELFAST,as
he deals with War Service
in Greece during the First World War and
gives his impressions of the U.S. A most
vivid series of descriptive pieces. He's
good on life in a bourgeois family pre-14.
I'm doing a review for B and B.

x he touted the lds.round publishers for years.
I thought he'd never make it.