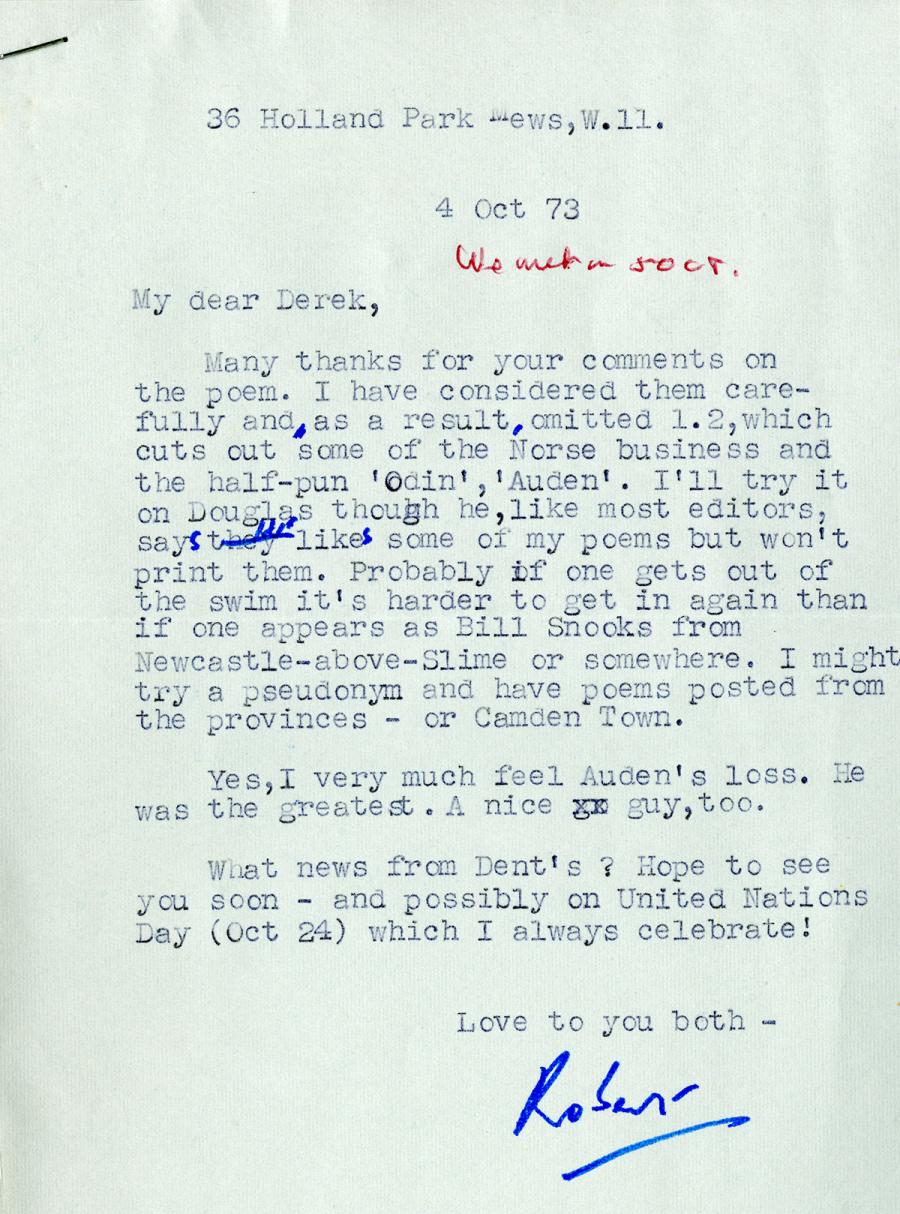 Many thanks for your comments on
the poem. I have considered them care-
fully and, as a result,omitted 1.2,which
cuts out some of the Norse business and
the half-pun Odin','Auden'. I'll try it
on Douglas though he,like most editors,
says he likes some of my poems but won't
print them. Probably if one gets out of
the swim it's harder to get in again than
if one appears as Bill Snooks from
Newcastle-above-Slime or somewhere. I might
try a pseudonym and have poems posted from
the provinces - or Camden Town.

Yes,I very much feel Auden's loss. He
was the greatest . A nice guy,too.

What news from Dent's ? Hope to see
you soon - and possibly on United Nations
Day (Oct 24) which I always celebrate!