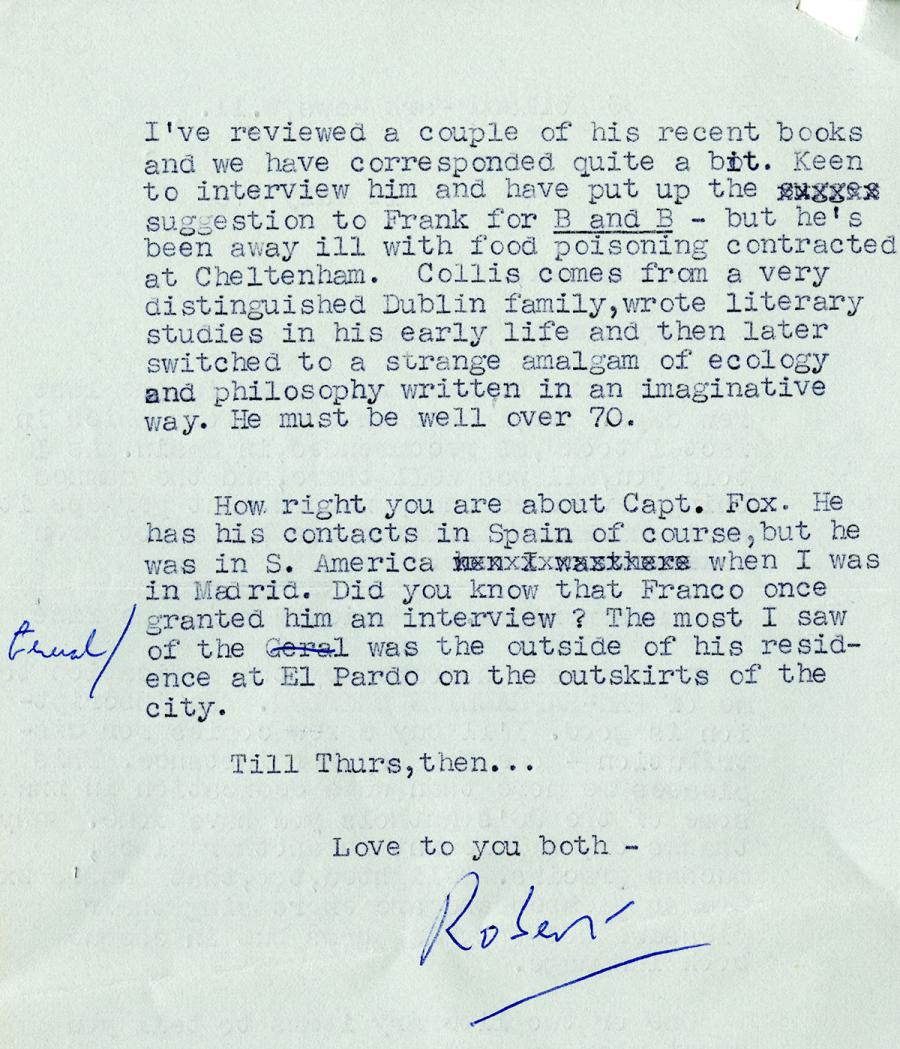 ﻿I’ve reviewed a couple of his recent books and we have corresponded quite a bit. Keen to interview him and have put up the suggestion to Franks for B and B – but he’s been away ill with food poisoning contracted at Cheltenham. Collis comes from a very distinguished Dublin family,wrote literary studies in his early life and then later switched to a strange amalgam of ecology and philosophy written in an imaginative way. He must be well over 70.
How right you are about Capt. Fox. He has his contacts in Spain of course, but he was in S. America when I was in Madrid. Did you know that Franco once granted him an interview ? The most I saw of the General was the outside of his residence at El Pardo on the outskirts of the city.
Till Thurs, then…
Love to you both –
Robert