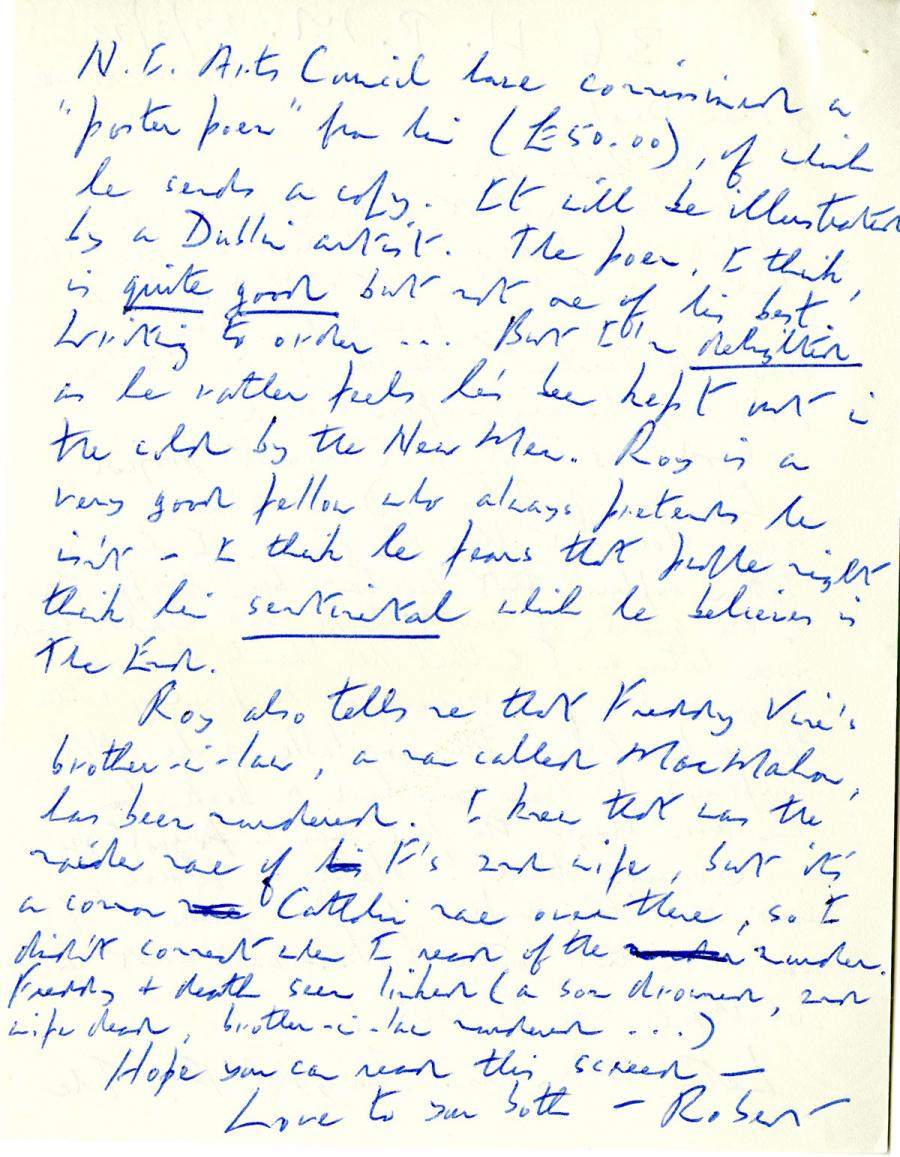 ﻿N.I Arts Council have commissioned a "poster poem" from his
(£50,000), of which he sends a copy. It will be illustrated
by a Dublin artist. The poem, I think, is quite good
but not one of his best. Writing to order......But I'm delighted
as he rather feels he's been kept out in the cold by the New Men.
Roy is a very good fellow who always pretends he isn't - I think he
fears that people might think him sentimental which he believes
is The End.
Roy also tells me that Freddie Vine's brother-in-law, a man called
Mac Mahon has been murdered. I knew that was the maiden name of

Hope you can read this screed -
Love to you both - Robert