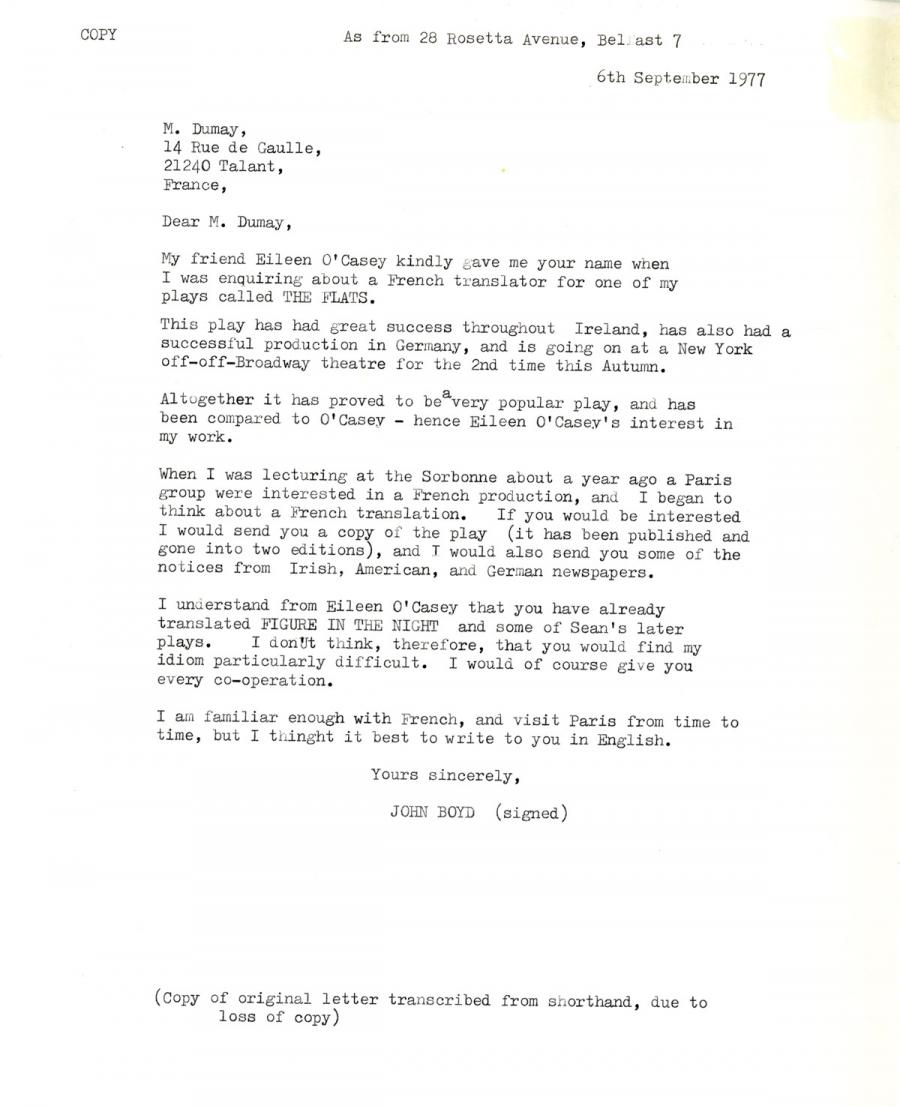 As from 28 Rosetta Avenue, Belfast 7

My friend Eileen O'Casey kindly gave me your name when
I was enquiring about a French translator for one of my
plays called THE FLATS.

This play has had great success throughout Ireland, has also had a
successful production in Germany, and is going on at a New York
off-off-Broadway theatre for the 2nd time this Autumn.

Altogether it has proved to be very popular play, and has
been compared to O'Casey - hence Eileen O'Casey's interest in
my work.

When I was lecturing at the Sorbonne about a year ago a Paris
group were interested in a French production, and I began to
think about a French translation. If you would be interested
I would send you a copy of the play (it has been published and
gone into two editions), and T would also send you some of the
notices from Irish, American, and German newspapers.

I understand from Eileen O'Casey that you have already
translated FIGURE IN THE NIGHT and some of Sean's later
plays. I don't think, therefore, that you would find my
idiom particularly difficult. I would of course give you
every co-operation.

I am familiar enough with French, and visit Paris from time to
time, but I thinght it best to write to you in English.

(Copy of original letter transcribed from shorthand, due to
loss of copy)