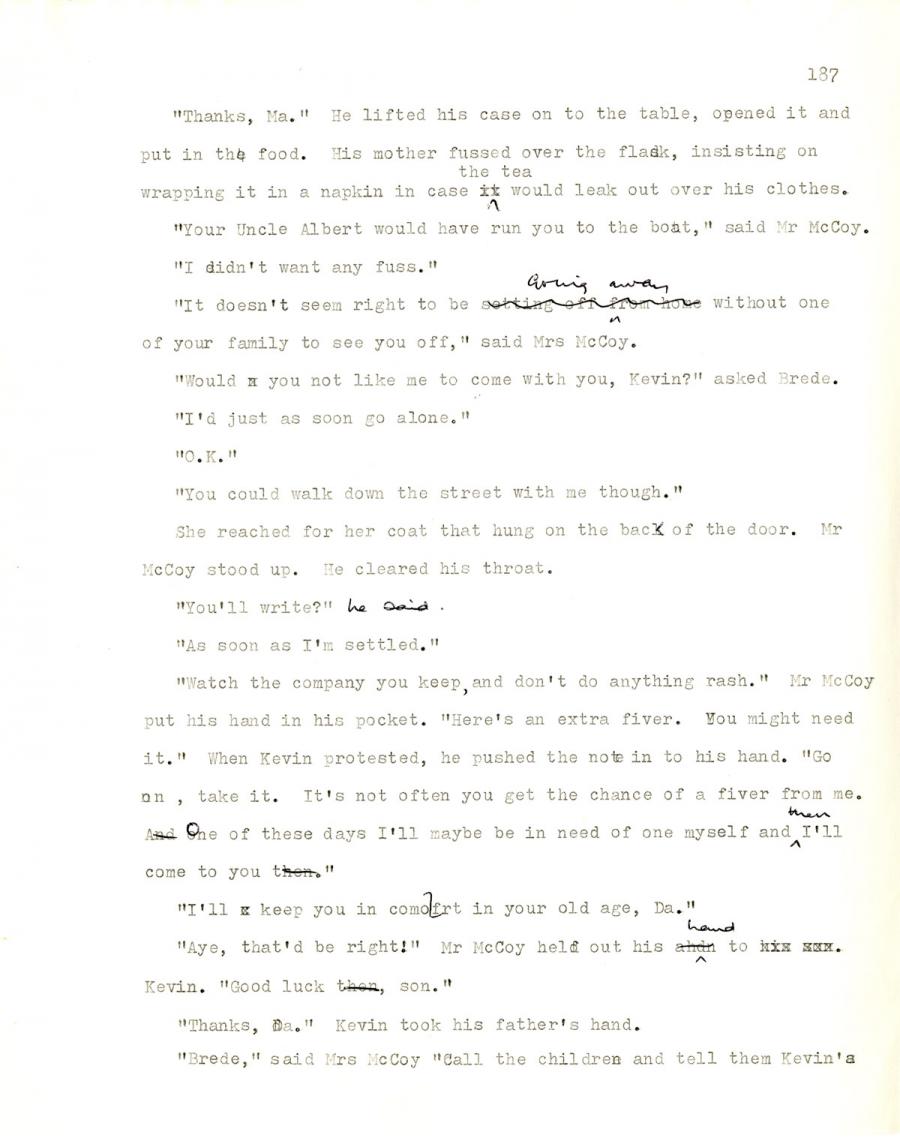 "Thanks, Ma." He lifted his case on to the table, opened it and
put in the food. His mother fussed over the fladk, insisting on
wrapping it in a napkin in case the tea would leak out over his clothes.

"Your Uncle Albert would have run you to the boat," said Mr McCoy.

"It doesn't seem right to be going away without one
of your family to see you off," said Mrs McCoy.

"Would you not like me to come with you, Kevin?" asked Brede.

"You could walk down the street with me though."

She reached for her coat that hung on the back of the door. Mr
McCoy stood up. He cleared his throat.

"Watch the company you keep,and don't do anything rash." Mr McCoy
put his hand in his pocket. "Here's an extra fiver. You might need
it." When Kevin protested, he pushed the note in to his hand. "Go
on , take it. It's not often you get the chance of a fiver from me.
One of these days I'll maybe be in need of one myself and then I'll
come to you "

"I'll keep you in comofrt in your old age, Da."