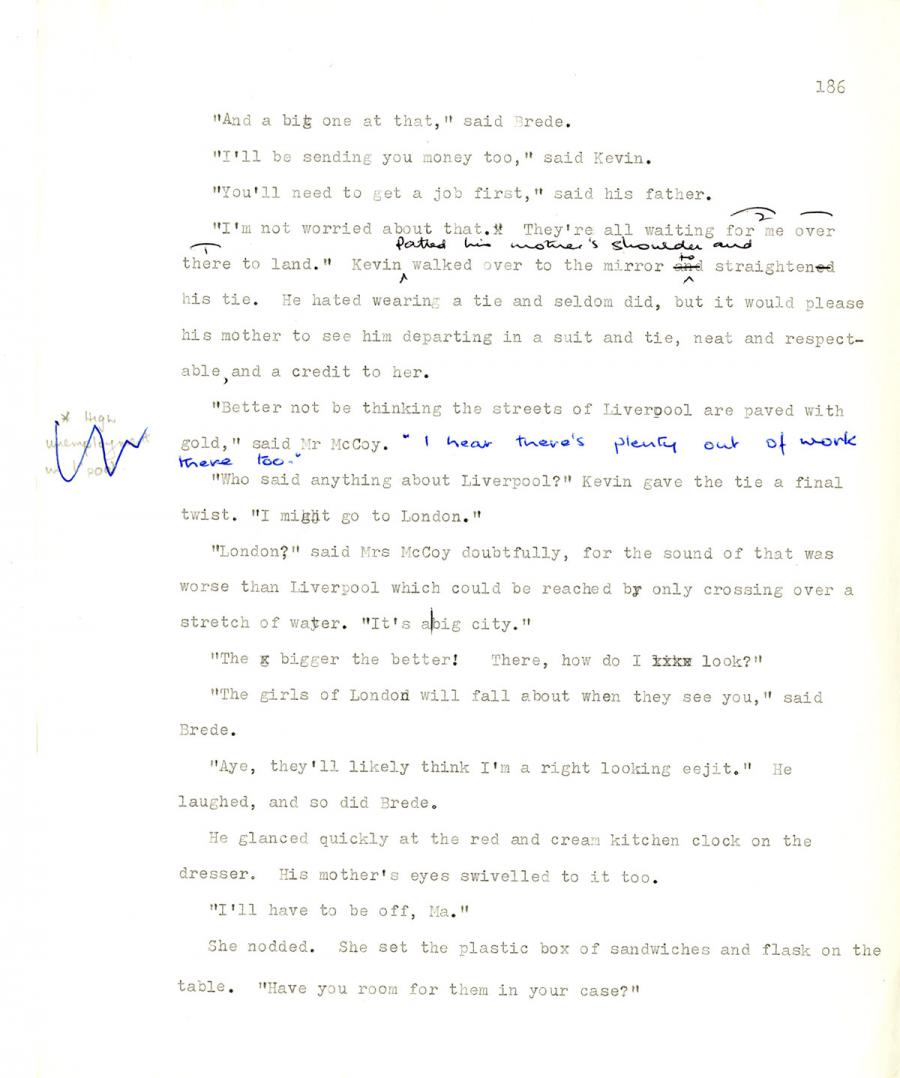 "I'll be sending you money too," said Kevin.

"You'll need to get a job first," said his father.

"I’m not worried about that. They're all waiting for me over
there to land." Kevin patted his mother's shoulder and walked over to the mirror to straighten
his tie. He hated wearing a tie and seldom did, but it would please
his mother to see him departing in a suit and tie, neat and respect-
able, and a credit to her.

"Better not be thinking the streets of Liverpool are paved with
gold," said Mr McCoy. "I hear there's plenty out of work there too"

"Who said anything about Liverpool?" Kevin gave the tie a final
twist. "I might go to London."

"London?" said Mrs McCoy doubtfully, for the sound of that was
worse than Liverpool which could be reached by only crossing over a
stretch of water. "It's a/big city."

"The bigger the better! There, how do I look?"

"The girls of London wll fall about when they see you," said
Brede.

"Aye, they'll likely think I'm a right looking eejit." He
laughed, and so did Brede.

He glanced quickly at the red and cream kitchen clock on the
dresser. His mother's eyes swivelled to it too.

She nodded. She set the plastic box of sandwiches and flask on the
table. "Have you room for them in your case?"