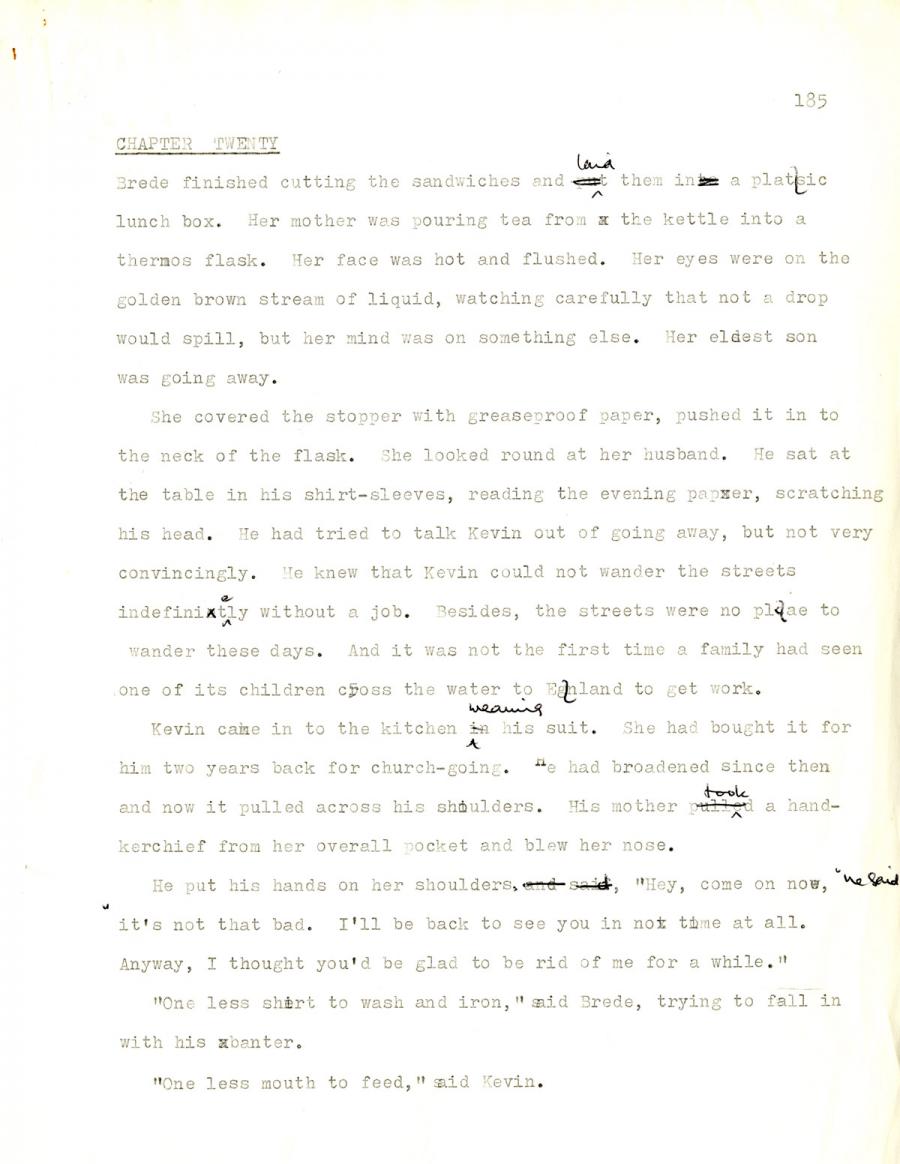 Brede finished cutting the sandwiches and laid them in a platsic
lunch box. Her mother was pouring tea from the kettle into a
thermos flask. Her face was hot and flushed. Her eyes were on the
golden brown stream of liquid, watching carefully that not a drop
would spill, but her mind was on something else. Her eldest son
was going away.

She covered the stopper with greaseproof paper, pushed it in to
the neck of the flask. She looked round at her husband. He sat at
the table in his shirt-sleeves, reading the evening paper, scratching
his head. He had tried to talk Kevin out of going away, but not very
convincingly. He knew that Kevin could not wander the streets
indefinitely without a job. besides, the streets were no place to
wander these days. And it was not the first time a family had seen
one of its children cross the water to Egnland to get work.

Kevin came in to the kitchen wearing his suit. She had bought it for
him two years back for church-going. He had broadened since then
and now it pulled across his shoulders. His mother tooka hand-
kerchief from her overall pocket and blew her nose.

He put his hands on her shoulders, "Hey, come on now," he said "
it's not that bad. I'll be back to see you in no time at all.
Anyway, I thought you'd be glad to be rid of me for a while."

"One less shirt to wash and iron," said Brede, trying to fall in
with his banter.