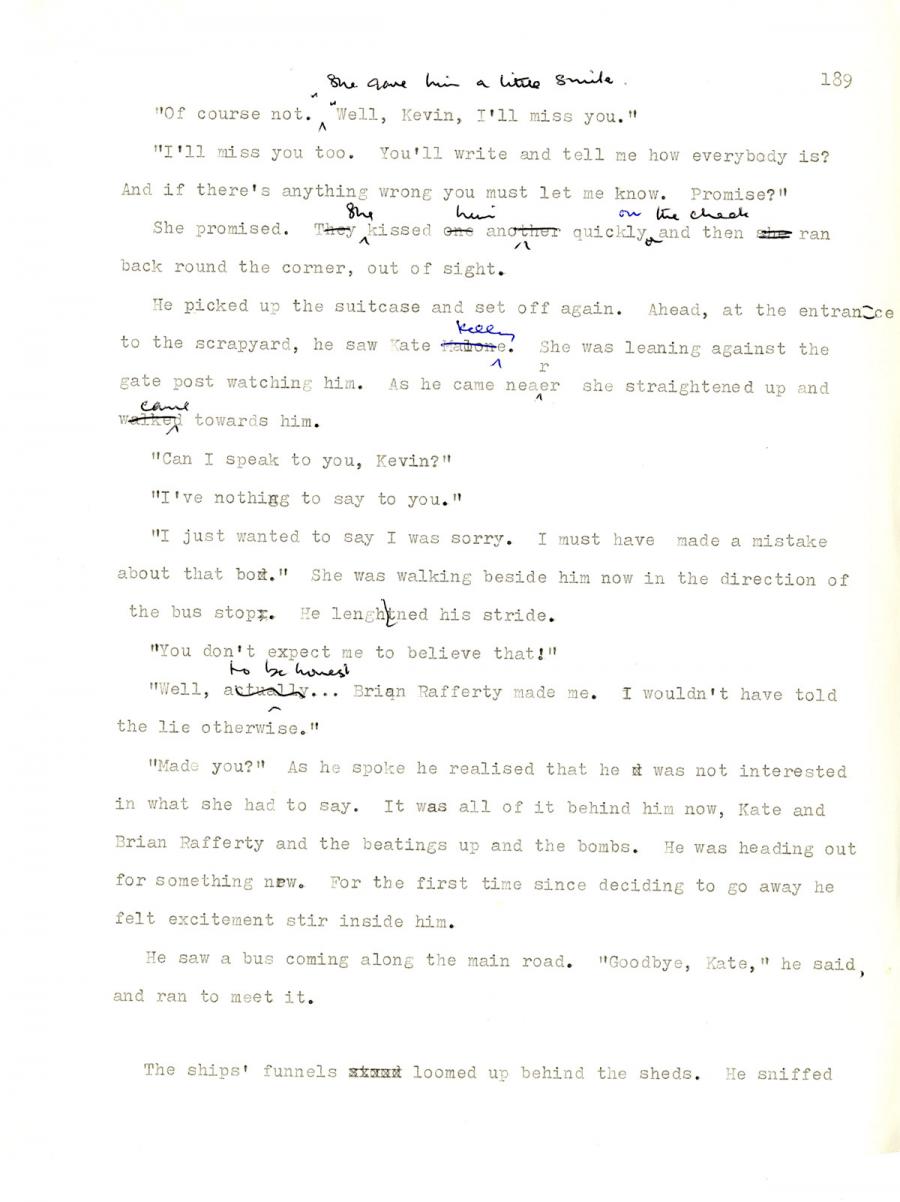 "Of course not." She gave him a little smile" Well, Kevin, I'll miss you."

"I'll miss you too. You'll write and tell me how everybody is?
And if there's anything wrong you must let me know. Promise?"

She promised. She kissed him quickly on the cheek and then ran
back round the corner, out of sight.

He picked up the suitcase and set off again. Ahead, at the entrance
to the scrapyard, he saw Kate Kelly. She was leaning against the
gate post watching him. As he came nearer she straightened up and
came towards him.

"I just wanted to say I was sorry. I must have made a mistake
about that box." She was walking beside him now in the direction of
the bus stop. He lenghtned his stride.

"You don't expect me to believe that!"

"Well, to be honest... Brian Rafferty made me. I wouldn't have told
the lie otherwise."

"Made you?" As he spoke he realised that he was not interested
in what she had to say. It was all of it behind him now, Kate and
Brian Rafferty and the beatings up and the bombs. He was heading out
for something new. For the first time since deciding to go away he
felt excitement stir inside him.

He saw a bus coming along the main road. "Goodbye, Kate," he said
and ran to meet it.

The ships' funnels loomed up behind the sheds. He sniffed