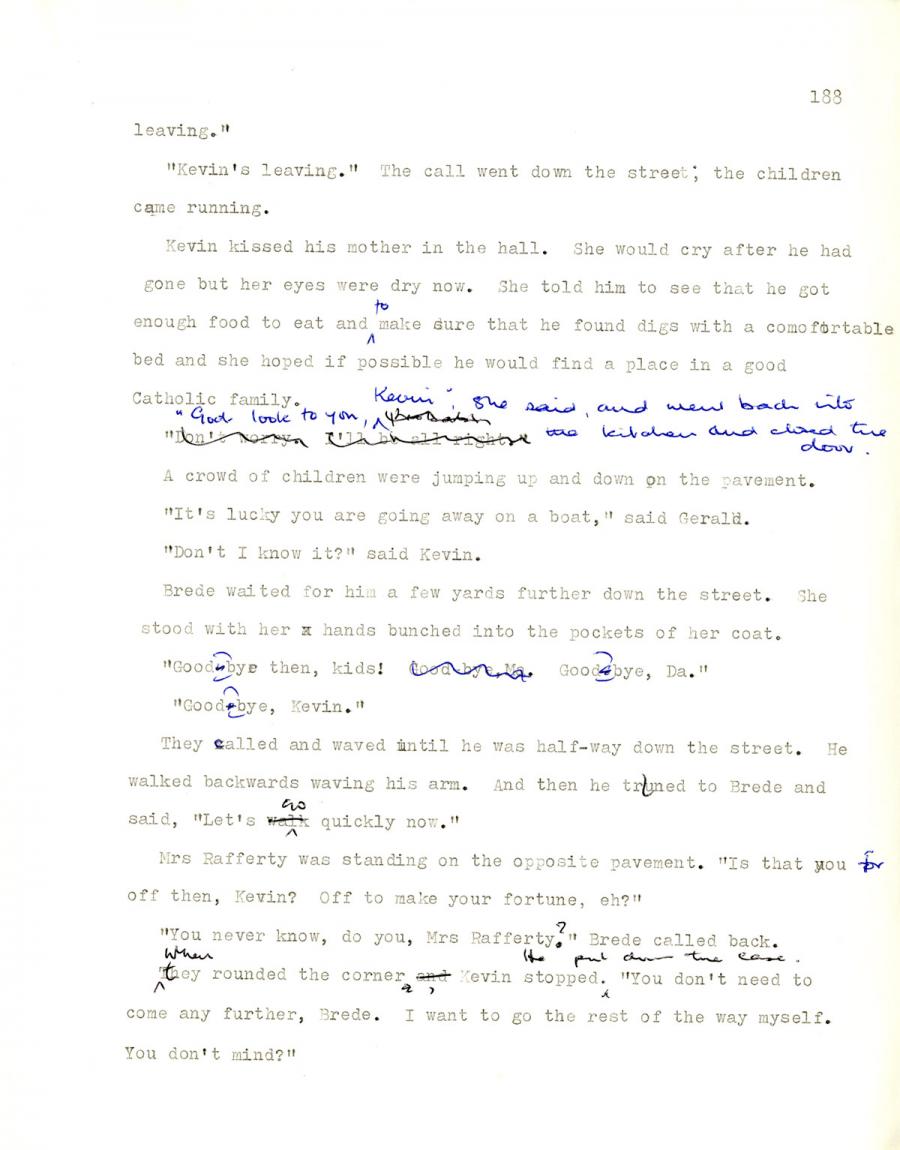 "Kevin's leaving." The call went down the street; the children
came running.

Kevin kissed his mother in the hall. She would cry after he had
gone but her eyes were dry now. She told him to see that he got
enough food to eat and to make sure that he found digs with a comfortable
bed and she hoped if possible he would find a place in a good
Catholic family.

"Good luck to you Kevin" she said, and went back into the kitchen and closed the door.

A crowd of children were jumping up and down on the pavement.

"It's lucky you are going away on a boat," said Gerald.

Brede waited for him a few yards further down the street. She
stood with her a hands bunched into the pockets of her coat.

They called and waved until he was half-way down the street. He
walked backwards waving his arm. And then he truned to Brede and
said, "Let's go quickly now."

Mrs Rafferty was standing on the opposite pavement. "Is that you for
off then, Kevin? Off to make your fortune, eh?"

"You never know, do you, Mrs Rafferty?" Brede called back.

When they rounded the corner Kevin stopped. He put down the case. "You don't need to
come any further, Brede. I want to go the rest of the way myself.
You don't mind?"