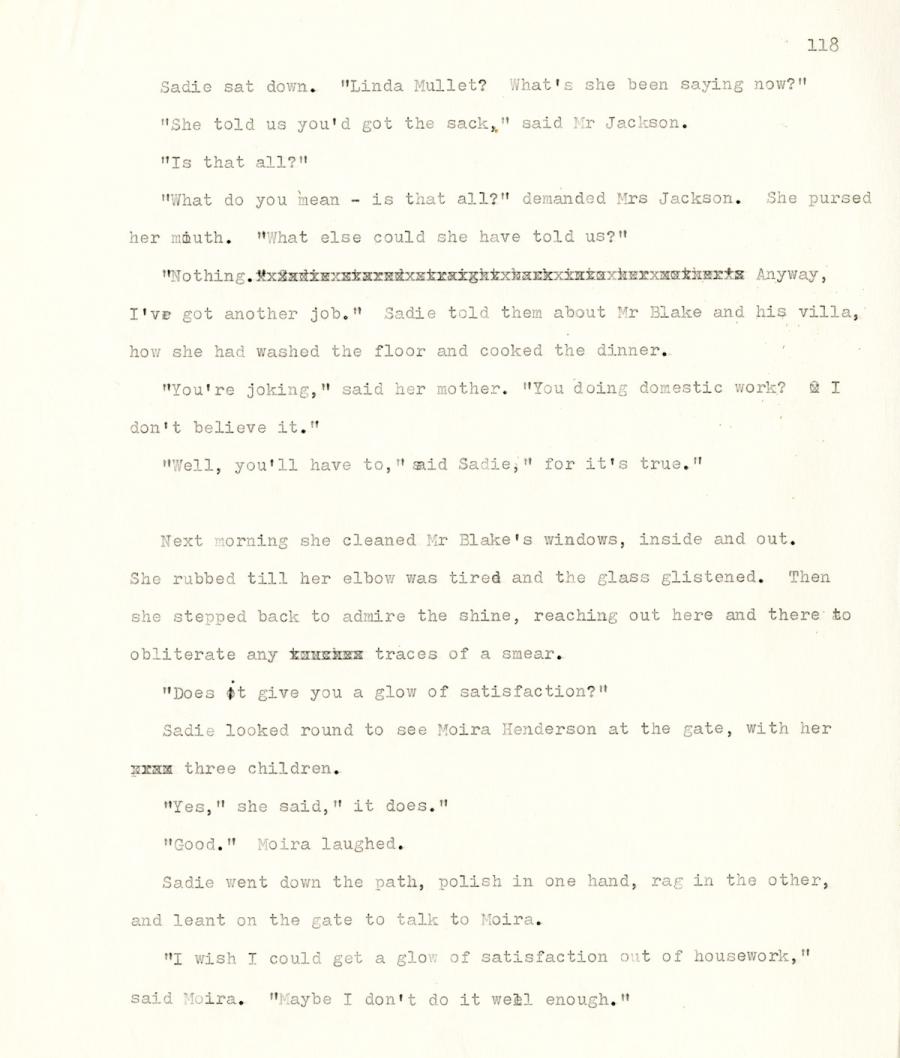 Sadie sat down. "Linda Mullet? What's she been saying now?"

"She told us you'd got the sack." said Mr Jackson.

"What do you mean - is that all?" demanded Mrs Jackson. She pursed
her mouth. "What else could she have told us?"

"Nothing. Anyway,
I've got another job." Sadie told them about Mr Blake and his villa,
how she had washed the floor and cooked the dinner.

"You're joking," said her mother. "You doing domestic work? I
don't believe it."

Next morning she cleaned Mr Blake's windows, inside and out.
She rubbed till her elbow was tired and the glass glistened. Then
she stepped back to admire the shine, reaching out here and there to
obliterate any traces of a smear.

"Does it give you a glow of satisfaction?"

Sadie looked round to see Moira Henderson at the gate, with her

Sadie went down the path, polish in one hand, rag in the other,
and leant on the gate to talk to Moira.

"I wish I could get a glow of satisfaction out of housework,"
said Moira. "Maybe I don't do it well enough."