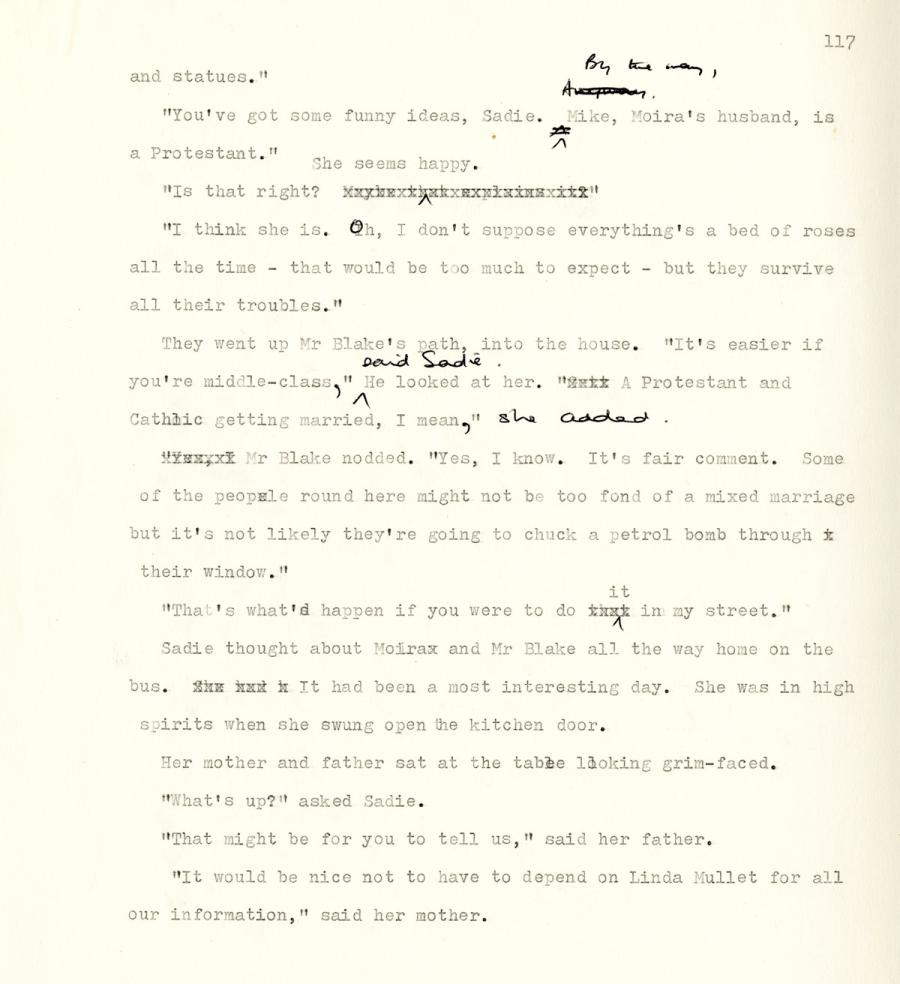 "You've got some funny ideas, Sadie. By the way, Mike, Moira's husband, is
a Protestant.”

"Is that right? She seems happy.”

”1 think she is. Oh, I don't suppose everything's a bed of roses
all the time - that would be too much to expect - but they survive
all their troubles.”

They went up Mr Blake's path, into the house. "It's easier if
you're middle-class," said Sadie. He looked at her. " A Protestant and
Cathlic getting married, I mean," she added.

Mr Blake nodded. "Yes, I know. It's fair comment. Some
of the people round here might not be too fond of a mixed marriage
but it's not likely they're going to chuck a petrol bomb through
their window.”

"That’s what'd happen if you were to do it in my street.”

Sadie thought about Moira and Mr Blake all the way home on the
bus. It had been a most interesting day. She was in high
spirits when she swung open the kitchen door.

Her mother and father sat at the table looking grim-faced.

"That might be for you to tell us,” said her father.

"It would be nice not to have to depend on Linda Mullet for all
our information,” said her mother.