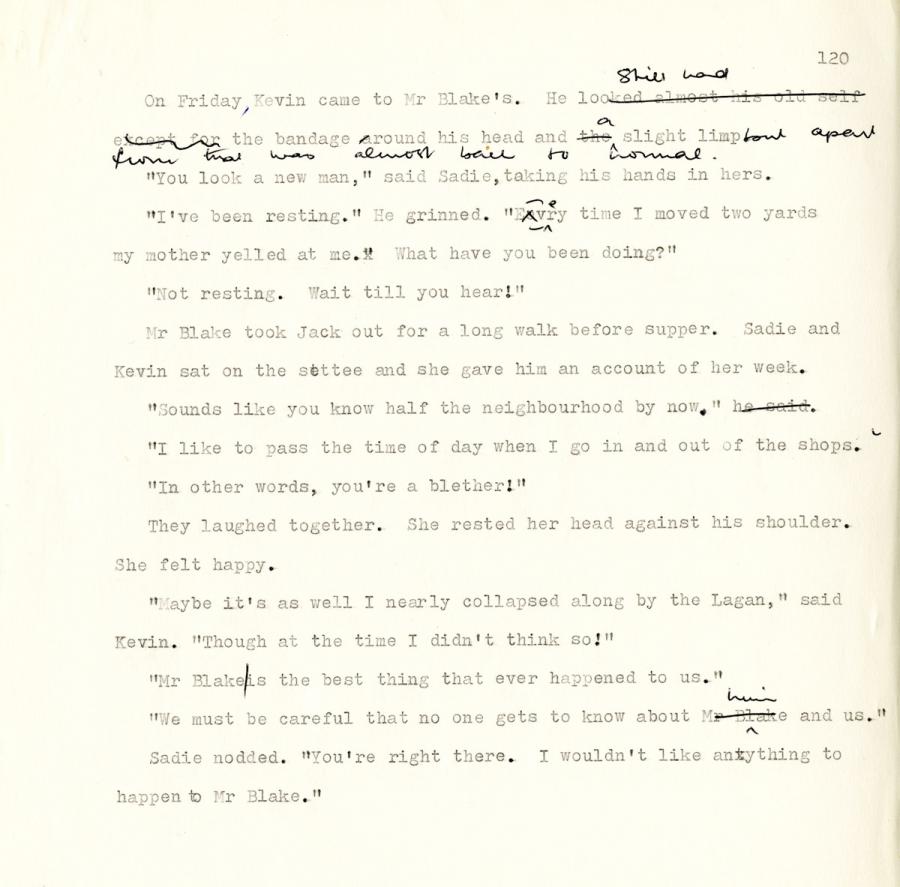 On Friday Kevin came to Mr Blake's. He still had the bandage round his head and a slight limp but apart from that was almost back to himself.

"You look a new man," said Sadie,taking his hands in hers.

"I’ve been resting." He grinned. "Every time I moved two yards
my mother yelled at me. What have you been doing?"

"Not resting. Wait till you hear!"

Nr Blake took Jack out for a long walk before supper. Sadie and
Kevin sat on the sfettee and she gave him an account of her week.

"Sounds like you know half the neighbourhood by now# "

"I like to pass the time of day when I go in and out of the shops.

"In other words, you’re a blether!"

They laughed together. She rested her head against his shoulder.
She felt happy.

"Maybe it’s as well I nearly collapsed along by the Lagan," said
Kevin. "Though at the time I didn't think so!"

"Mr Blake/is the best thing that ever happened to us."

"We must be careful that no one gets to know about him and us."

Sadie nodded. "You're right there. I wouldn’t like antything to
happen to Mr Blake"