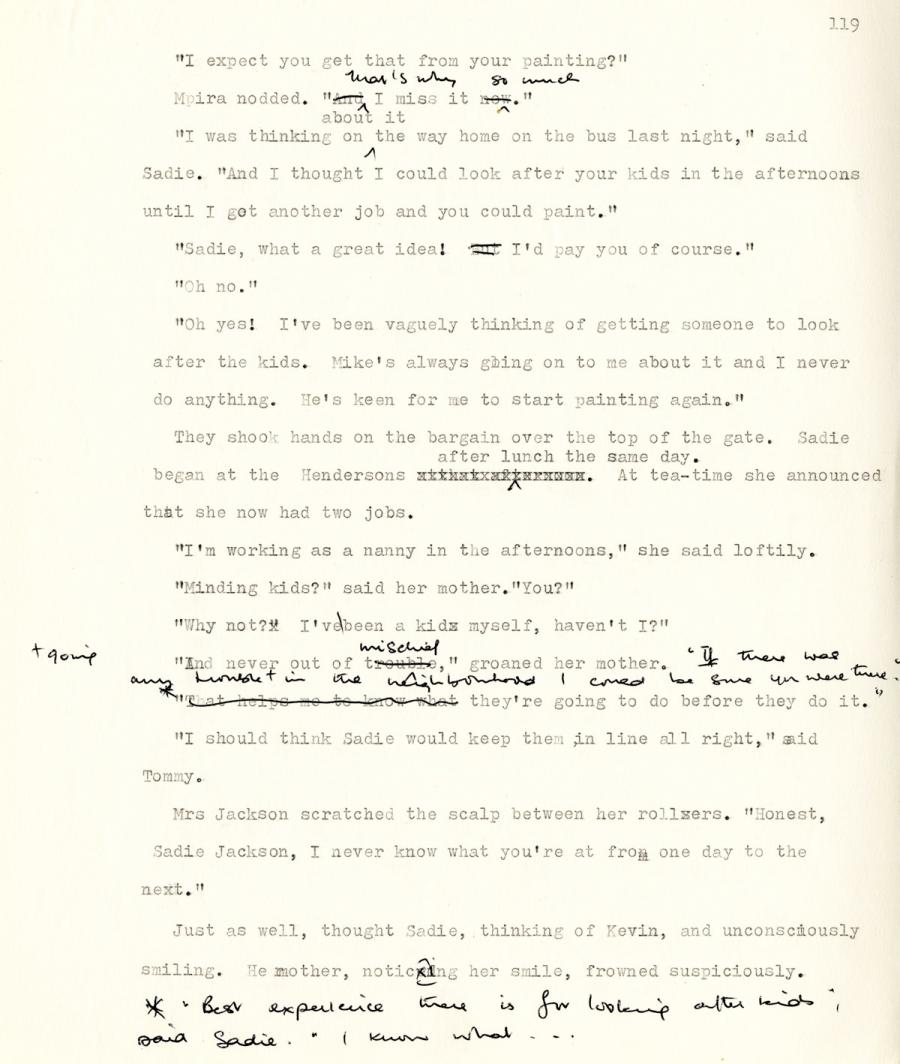 ”I expect you get that from your painting?"

Mira nodded. "That's why I miss it so much."

"I was thinking about it on the way home on the bus last night," said
Sadie. "And I thought I could look after your kids in the afternoons
until I got another job and you could paint."

"Sadie, what a great idea! I'd pay you of course."

"Oh yes! I've been vaguely thinking of getting someone to look
after the kids. Mike's always gibing on to me about it and I never
do anything. He's keen for me to start painting again."

They shook hands on the bargain over the top of the gate. Sadie
began at the Hendersons after lunch the same day. At tea-time she announced
that she now had two jobs.

"I'm working as a nanny in the afternoons," she said loftily.

"And never out of mischief," groaned her mother. If there was any trouble going in the neighbourhood I could be sure you were there."

"Best expereince there is for looking after kids", said Sadie. " I know what they're going to do before they do it."

"I should think Sadie would keep them in line all right," said
Tommy.

Mrs Jackson scratched the scalp between her rollsers. "Honest,
Sadie Jackson, I never know what you're at from one day to the
next."