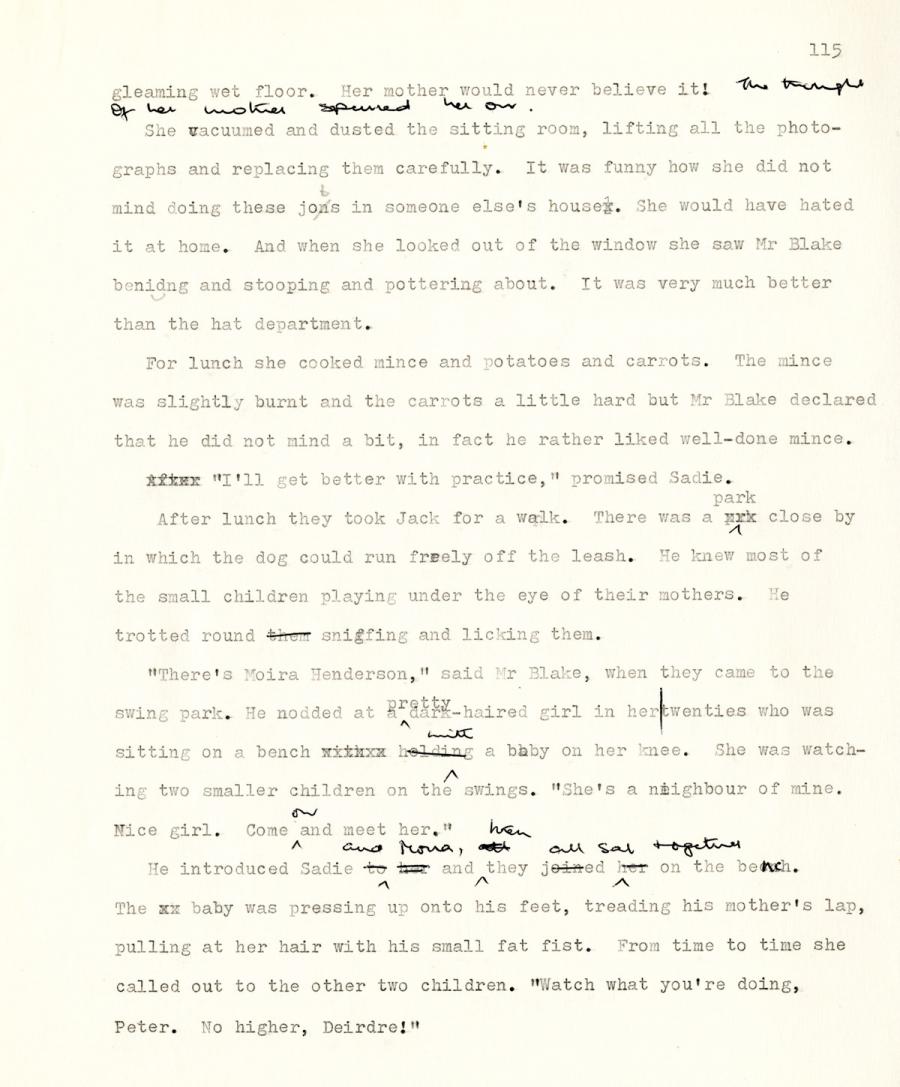 gleaming wet floor. Her mother would never believe it! The thought of her mother spurred her on.

She vacuumed and dusted the sitting room, lifting all the photo-
graphs and replacing them carefully. It was funny how she did not
mind doing these job's in someone else’s house?. She would have hated
it at home. And when she looked out of the window she saw Mr Blake
benidng and stooping and pottering about. It was very much better
than the hat department.

For lunch she cooked mince and potatoes and carrots. The mince
was slightly burnt and the carrots a little hard but Mr Blake declared
that he did not mind a bit, in fact he rather liked well-done mince.

After lunch they took Jack for a warlk. There was a park close by
in which the dog could run freely off the leash. He knew most of
the small children playing under the eye of their mothers. He
trotted round sniffing and licking them.

"There’s Moira Henderson," said Mr Blake, when they came to the
swing park. He nodded at a pretty dark-haired girl in her twenties who was
sitting on a bench with a baby on her knee. She was watch-
ing two smaller children on the swings. "She’s a neighbour of mine.
Nice girl. Come on and meet her."

He introduced Sadie and Moira and then they all sat together on the bench.
The baby was pressing up onto his feet, treading his mother’s lap,
pulling at her hair with his small fat fist. From time to time she
called out to the other two children. "Watch what you’re doing,
Peter. No higher, Deirdre!"