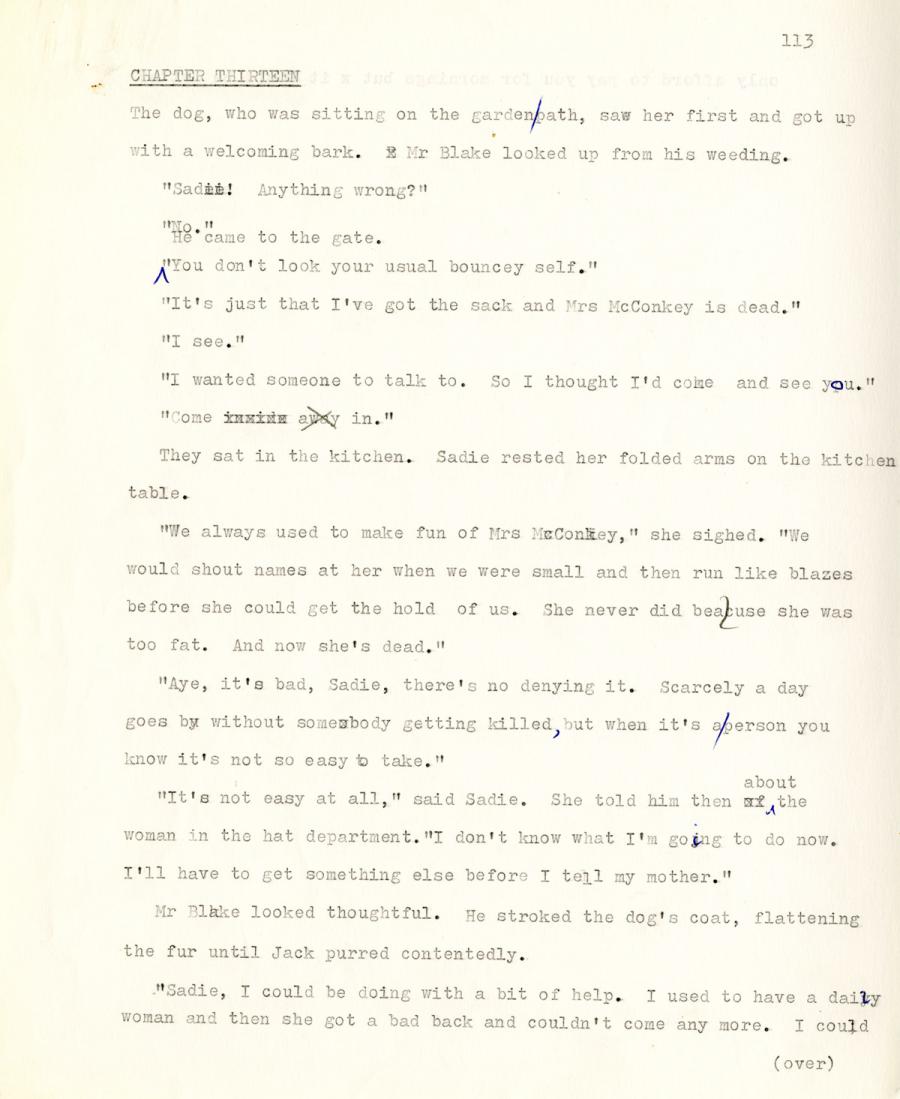 The dog, who was sitting on the garden path, saw her first and got up
with a welcoming bark. Mr Blake looked up from his weeding.

He came to the gate.

"You don't look your usual bouncey self."

"It's just that I've got the sack and Mrs KcConkey is dead."

"I wanted someone to talk to. So I thought I'd come and see you."

"We always used to make fun of Mrs McConkey," she sighed. "We
would shout names at her when we were small and then run like blazes
before she could get the hold of us. She never did beacuse she was
too fat. And now she's dead."

"Aye, it's bad, Sadie, there's no denying it. Scarcely a day
goes by without someabody getting killed, but when it's person you
know it's not so easy to take."

"It's not easy at all," said Sadie. She told him then about the
woman in the hat department."I don't know what I'm going to do now.
I'll have to get something else before I tell my mother."

"Sadie, I could be doing with a bit of help. I used to have a daily
woman and then she got a bad back and couldn't come any more. I could