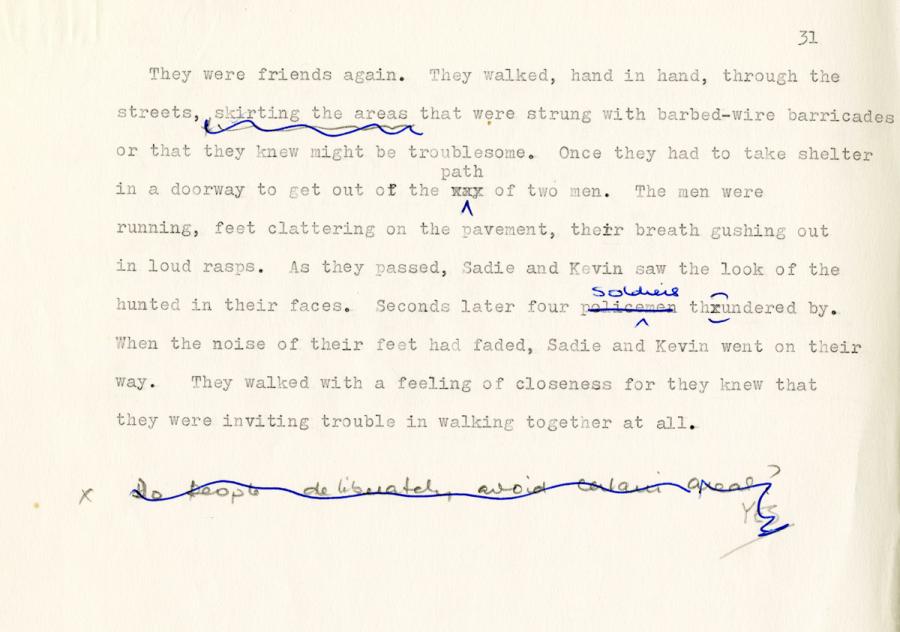 They were friends again. They walked, hand in hand, through the
streets, skirting the areas that were strung with barbed-wire barricades
or that they knew might be troublesome Once they had to take shelter
in a doorway to get out of the path of two men. The men were
running, feet clattering on the pavement, their breath gushing out
in loud rasps. As they passed, Sadie and Kevin saw the look of the
hunted in their faces. Seconds later four soldiers thundered by.
When the noise of their feet had faded, Sadie and Kevin went on their
way. They walked with a feeling of closeness for they knew that
they were inviting trouble in walking together at all.