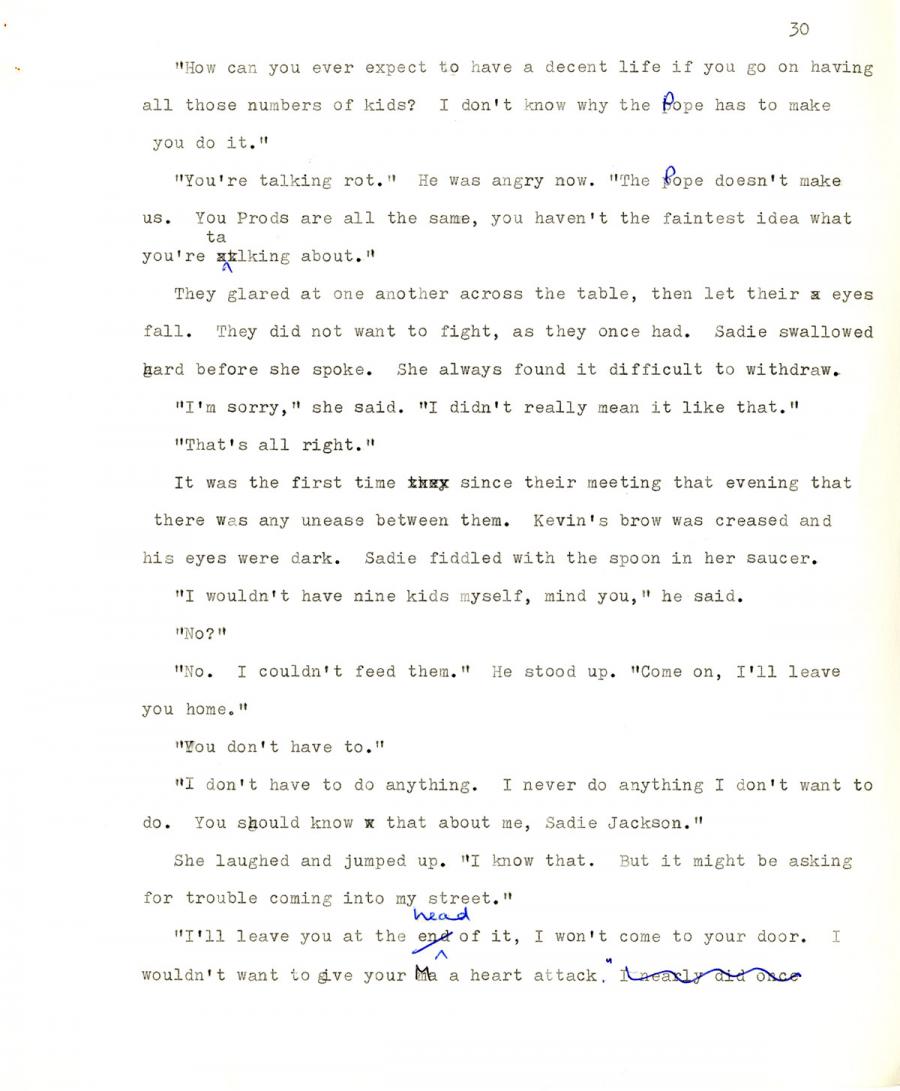 “How can you ever expect to have a decent life if you go on having
all those numbers of kids? I don't know why the Pope has to make
you do it."

"You're talking rot." He was angry now. "The Pope doesn't make
us. You Prods are all the same, you haven't the faintest idea what
you're talking about."

They glared at one another across the table, then let their eyes
fall. They did not want to fight, as they once had. Sadie swallowed
hard before she spoke. She always found it difficult to withdraw*

It was the first time since their meeting that evening that
there was any unease between them. Kevin's brow was creased and
his eyes were dark. Sadie fiddled with the spoon in her saucer.

"I wouldn't have nine kids myself, mind you," he said.

"I don't have to do anything. I never do anything I don't want to
do. You should know that about me, Sadie Jackson."

She laughed and jumped up. "I know that. But it might be asking
for trouble coming into my street."

"I'll leave you at the headof it, I won't come to your door. I
wouldn't want to give your Ma heart attack."