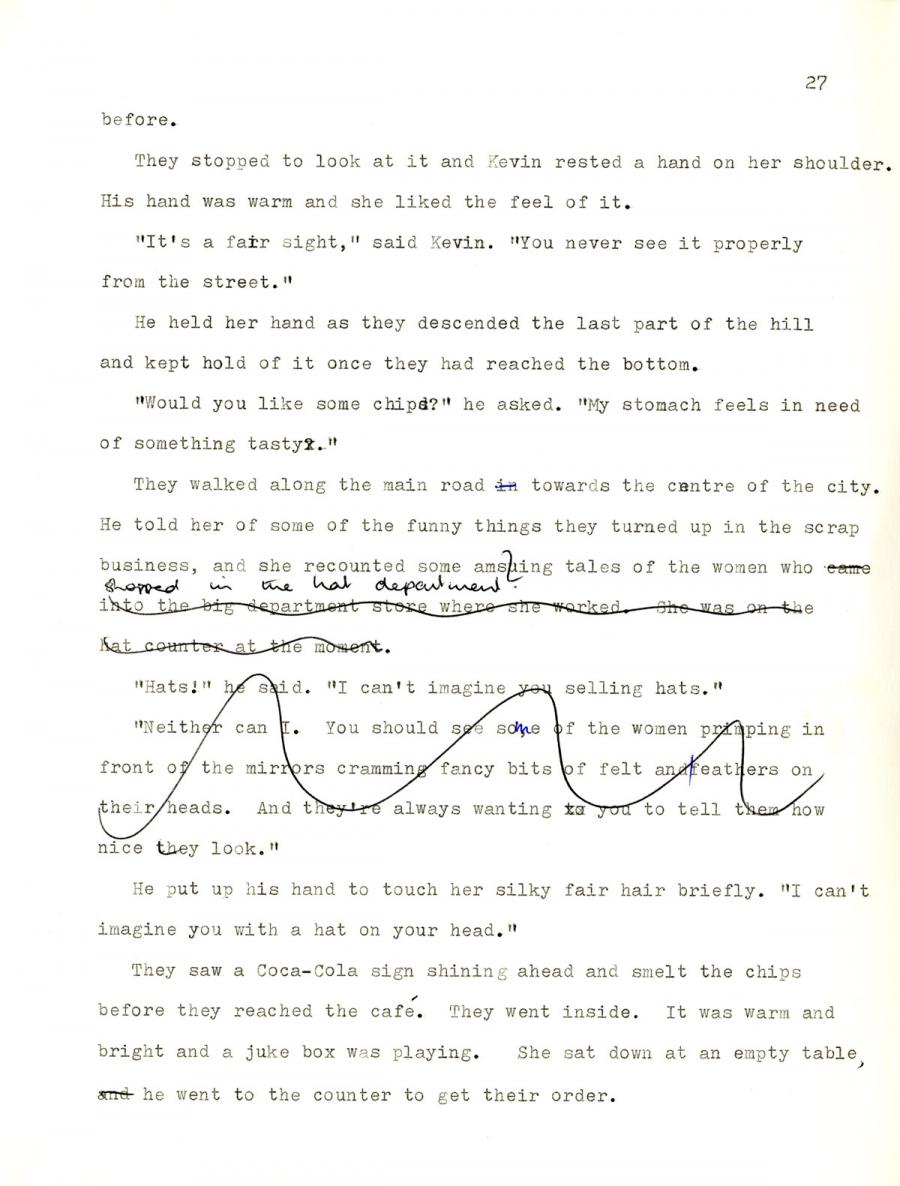 They stopped to look at it and Kevin rested a hand on her shoulder.
His hand was warm and she liked the feel of it.

"It's a fair sight," said Kevin. "You never see it properly
from the street."

He held her hand as they descended the last part of the hill
and kept hold of it once they had reached the bottom.

"Would you like some chips?" he asked. "My stomach feels in need
of something tasty."

They walked along the main road towards the centre of the city.
He told her of some of the funny things they turned up in the scrap
business, and she recounted some amsuing tales of the women who shopped in the hat department.

He put up his hand to touch her silky fair hair briefly. "I can't
imagine you with a hat on your head."

They saw a Coca-Cola sign shining ahead and smelt the chips
before they reached the cafe. They went inside. It was warm and
bright and a juke box was playing. She sat down at an empty table,
he went to the counter to get their order.