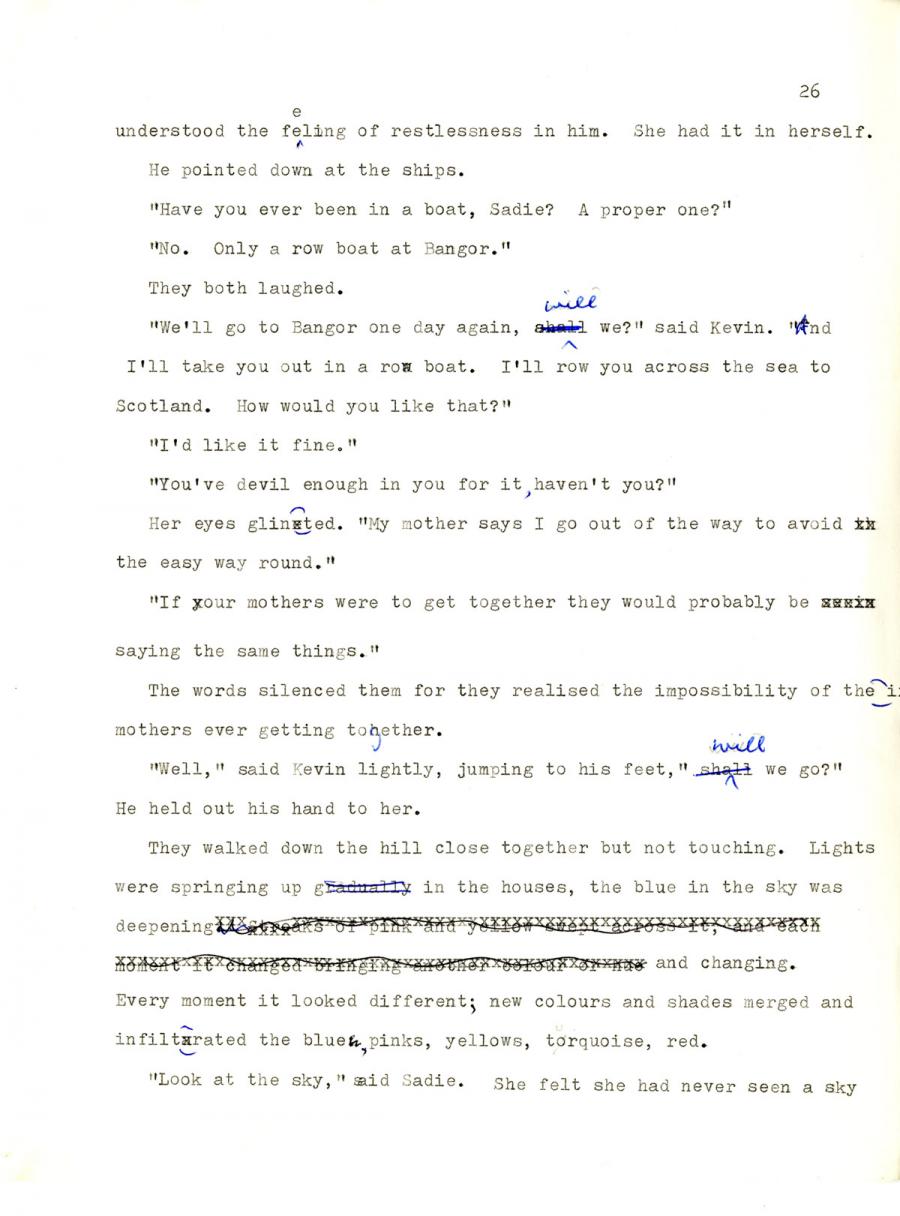 understood the feeling of restlessness in him. She had it in herself.

He pointed down at the ships.

"Have you ever been in a boat, Sadie? A proper one?"

"We'll go to Bangor one day again, will we?" said Kevin. 'And
I'll take you out in a row boat. I'll row you across the sea to
Scotland. How would you like that?"

"You've devil enough in you for it, haven't you?"

Her eyes glinted. "My mother says I go out of the way to avoid
the easy way round."

"If our mothers were to get together they would probably be
saying the same things."

The words silenced them for they realised the impossibility of their
mothers ever getting together.

"Well," said Kevin lightly, jumping to his feet,"Will we go?"
He held out his hand to her.

They walked down the hill close together but not touching. Lights
were springing up in the houses, the blue in the sky was
deepening and changing.
Every moment it looked different; new colours and shades merged and
infiltrated the blue, pinks, yellows, torquoise, red.

"Look at the sky," aid Sadie. She felt she had never seen a sky