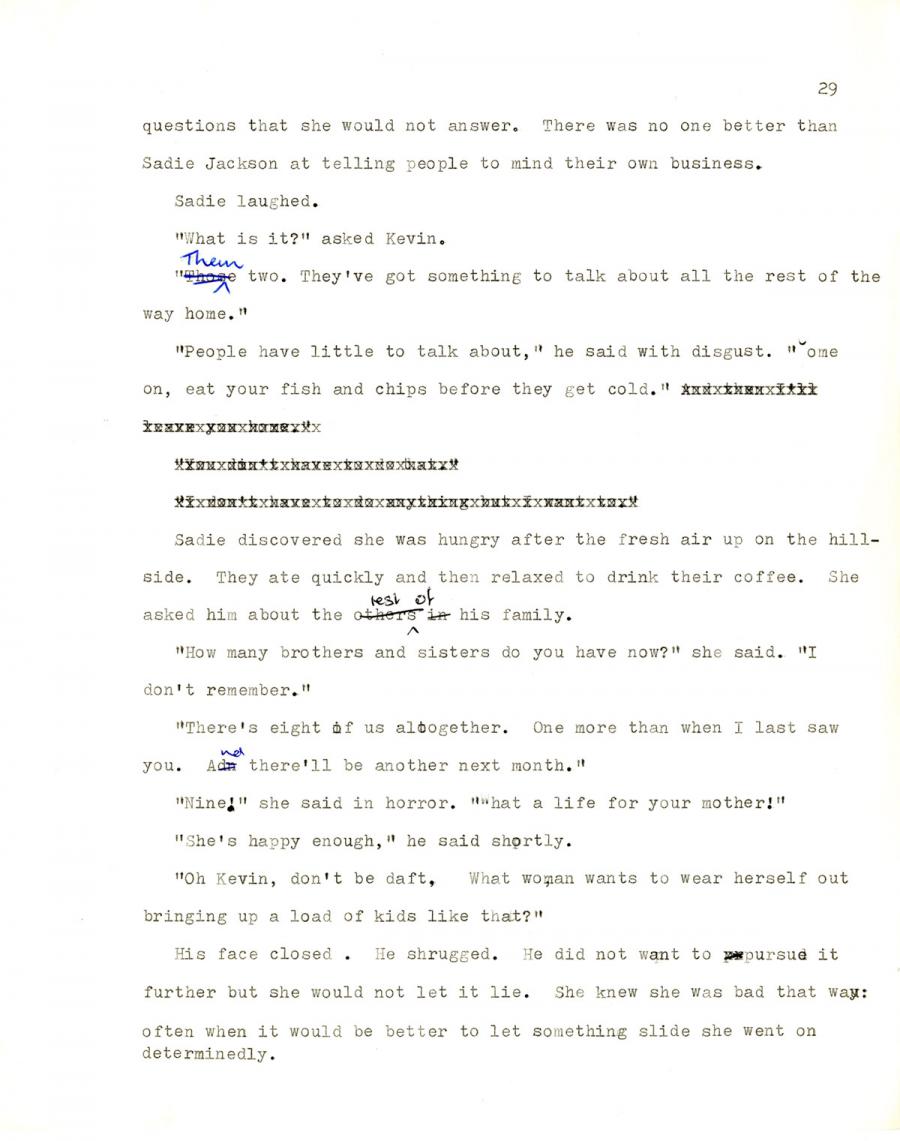 questions that she would not answer. There was no one better than
Sadie Jackson at telling people to mind their own business.

"Them" two. They've got something to talk about all the rest of the
way home."

"People have little to talk about," he said with disgust, "Come
on, eat your fish and chips before they get cold."

Sadie discovered she was hungry after the fresh air up on the hill-
side. They ate quickly and then relaxed to drink their coffee. She
asked him about the rest of his family.

"How many brothers and sisters do you have now?" she said. "I
don't remember."

"There's eight of us altogether. One more than when I last saw
you. And there'll be another next month."

"Nine!," she said in horror, "What a life for your motheri"

"Oh Kevin, don't be daft, What woman wants to wear herself out
bringing up a load of kids like tnat?"

His face closed . He shrugged. He did not want to pursue it
further but she would not let it lie. She knew she was bad that way:
often when it would be better to let something slide she went on
determinedly.