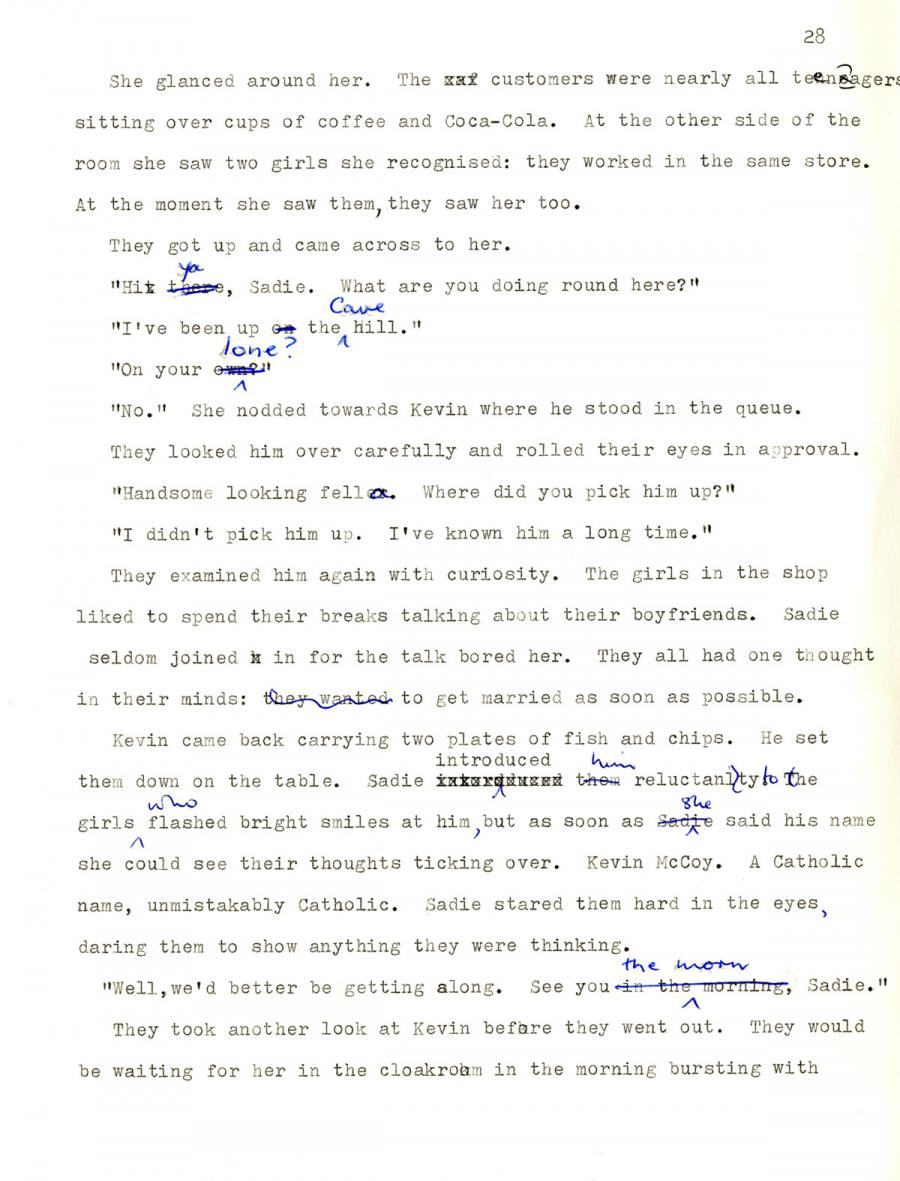 She glanced around her. The customers were nearly all teenagers
sitting over cups of coffee and Coca-Cola. At the other side of the
room she saw two girls she recognised: they worked in the same store.
At the moment she saw them, they saw her too.

They got up and came across to her.

"No." She nodded towards Kevin where he stood in the queue.

They looked him over carefully and rolled their eyes in approval.

"Handsome looking fella. Where did you pick him up?"

They examined him again with curiosity. The girls in the shop
liked to spend their breaks talking about their boyfriends. Sadie
seldom joined in for the talk bored her. They all had one thought
in their minds: to get married as soon as possible.

Kevin came back carrying two plates of fish and chips. He set
them down on the table. Sadie
introduced him reluctanlty to the
girls who flashed bright smiles at him, but as soon as shesaid his name
she could see their thoughts ticking over. Kevin McCoy. A Catholic
name, unmistakably Catholic. Sadie stared them hard in the eyes,
daring them to show anything they were thinking.

"Well, we'd better be getting along. See you the morn, Sadie."

They took another look at Kevin before they went out. They would
be waiting for her in the cloakroom in the morning bursting with