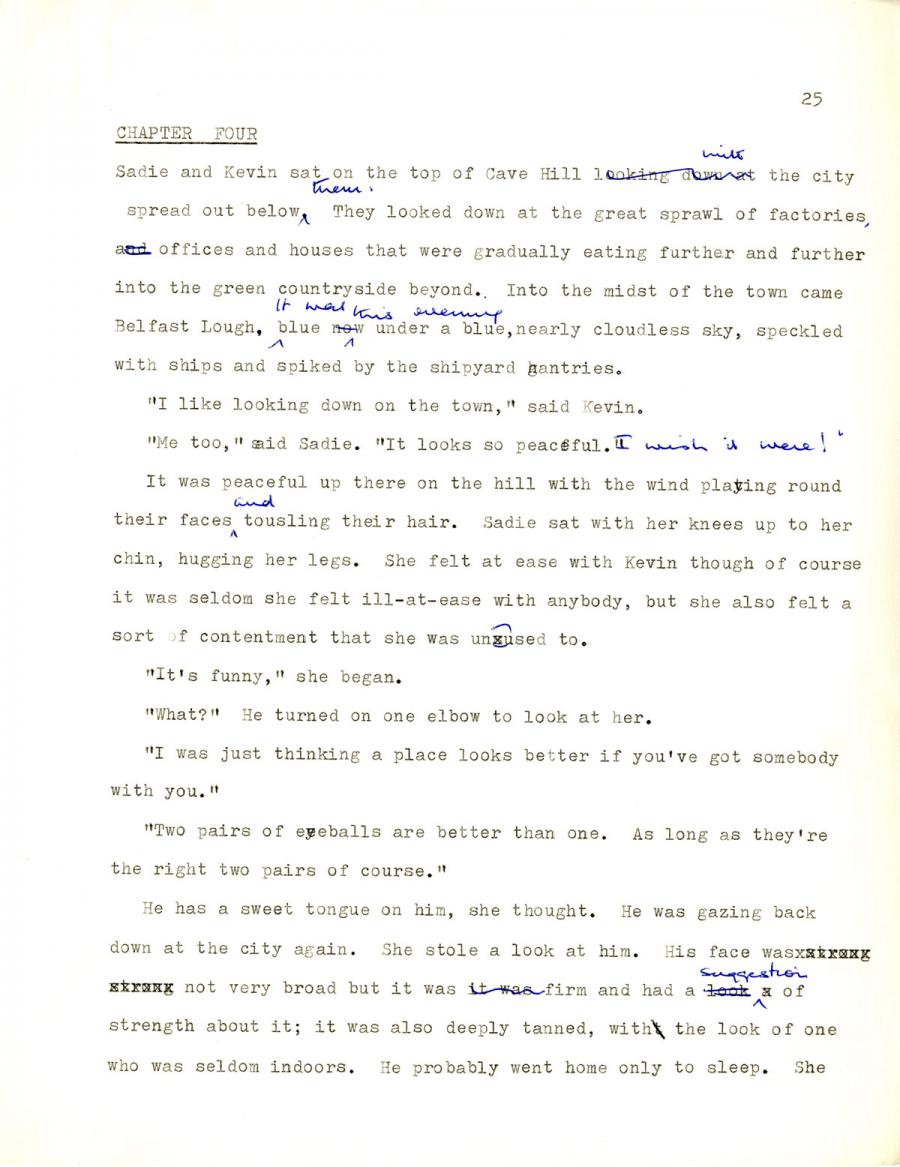 Sadie and Kevin sat on the top of Cave Hill with the city
spread out below them. They looked down at the great sprawl of factories,
offices and houses that were gradually eating further and further
into the green countryside beyond. Into the midst of the town came
Belfast Lough. It was blue this eveningunder a blue, nearly cloudless sky, speckled
with ships and spiked by the shipyard gantries.

"I like looking down on the town, " said Kevin.

It was peaceful up there on the hill with the wind placing round
their faces and tousling their hair. Sadie sat with her knees up to her
chin, hugging her legs. She felt at ease with Kevin though of course
it was seldom she felt ill-at-ease with anybody, but she also felt a
sort f contentment that she was unused to.

"What?" He turned on one elbow to look at her.

"I was just thinking a place looks better if you've got somebody
with you."

"Two pairs of eyeballs are better than one. As long as they're
the right two pairs of course."

He has a sweet tongue on him, she thought. He was gazing back
down at the city again. She stole a look at him. His face was del>
not very broad but it was firm and had a suggestion of
strength about it; it was also deeply tanned, with the look of one
who was seldom indoors. He probably went home only to sleep. She