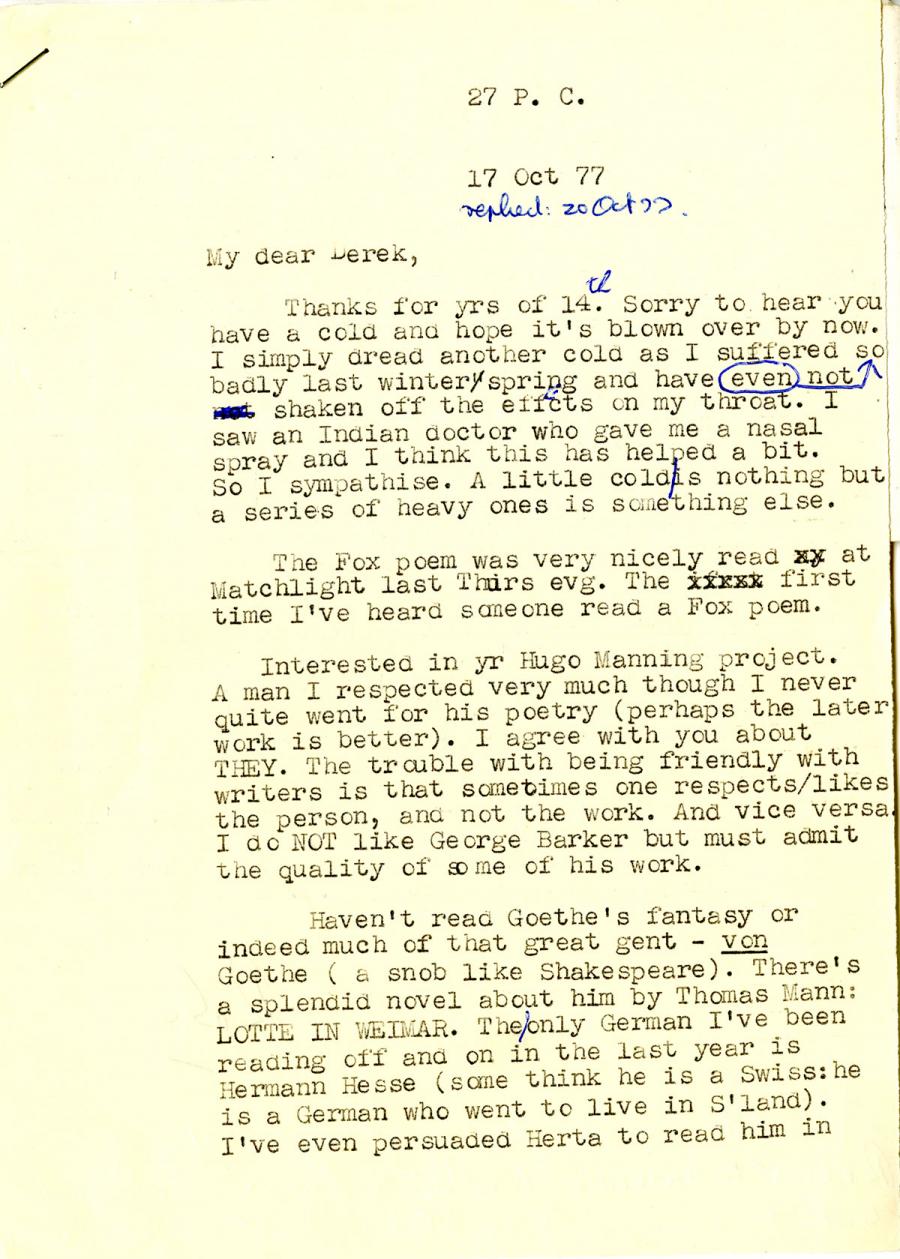 Thanks lor yrs of 14th. Sorry to hear you
have a cold and hope it’s blown over by now.
I simply dread another cold as I suffered so
badly last winter/spring and have not even
shaken off the effects on my throat. I
saw an Indian doctor who gave me a nasal
spray and I think this has helped a bit.
So I sympathise. A little coldls nothing but
a series of heavy ones is something else.

Interested in yr Hugo Manning project.
A man I respected very much though I never
quite went for his poetry (perhaps the later
work is better). I agree with you about
THEY. The trouble with being friendly with
writers is that sometimes one respects/likes
the person, and not the work. And vice versa,
I do NOT like George Barker but must admit
the quality of some of his work.

Haven't read Goethe's fantasy or
indeed much of that great gent - von
Goethe ( a snob like Shakespeare). There's
a splendid novel about him by Thomas Mann:
LOTTE IN WEIMAR. The only German I've been
reading off and on in the last year is
Hermann Hesse (some think he is a Swiss:he
is a German who went to live in S'land).

I've even persuaded Herta to read him in