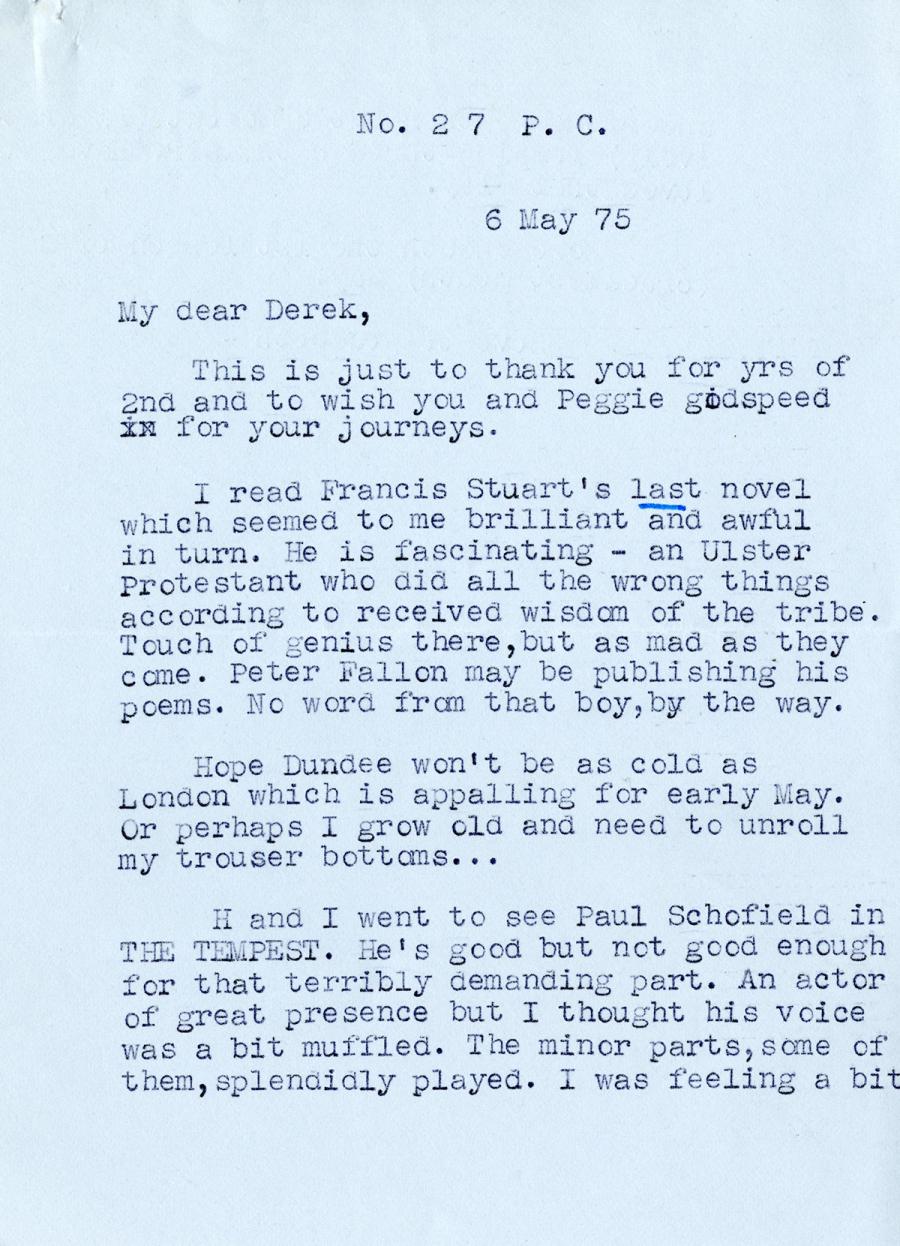 This is just to thank you for yrs of
2nd and to wish you and Peggie godspeed
for your journeys.

I read Francis Stuart’s last novel
which seemed to me brilliant and awful
in turn. He is fascinating - an Ulster
Protestant who did all the wrong things
according to received wisdom of the tribe'.
Touch of genius there,but as mad as they
come. Peter Fallon may be publishing his
poems. No word from that boy, by the way.

Hope Dundee won’t be as cold as
London which is appalling for early May.
Or perhaps I grow old and need to unroll
my trouser bottoms. . .

H and I went to see Paul Schofield in
THE TEMPEST. He’s good but not good enough
for that terribly demanding part. An actor
of great presence but I thought his voice
was a bit muffled. The minor parts,some of
them,splendidly played. I was feeling a bit