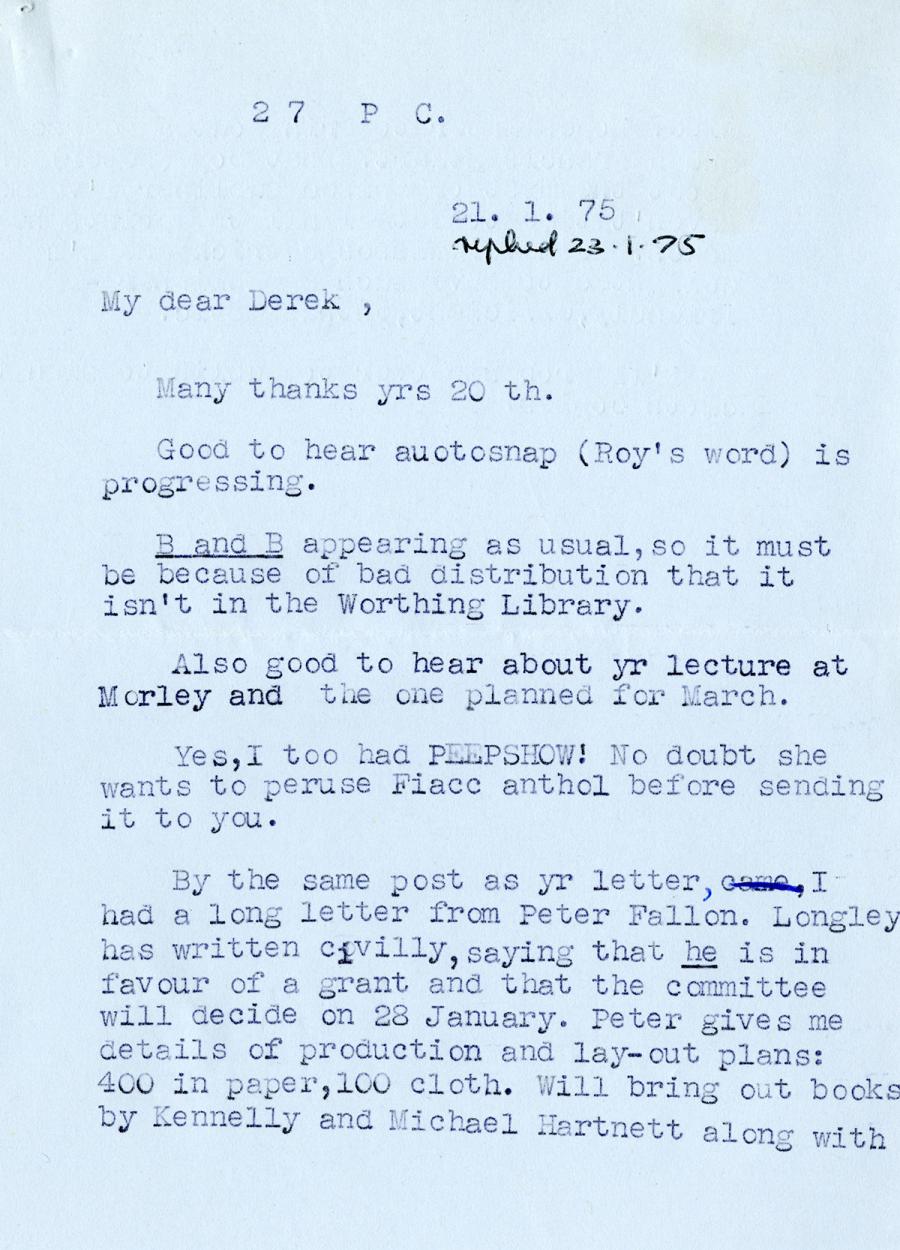 B and B appearing as usual,so it must
be because of bad distribution that it
isn’t in the Worthing Library.

Also good to hear about yr lecture at
Morley and the one planned for March.

Yes,I too had PEEPSHOW! No doubt she
wants to peruse Fiacc anthol before sending
it to you.

By the same post as yr letter, I
had a long letter from Peter Fallon. Longley
has written civilly, saying that he is in
favour of a grant and that the committee
will decide on 28 January. Peter gives me
details of production and lay-out plans:

400 in paper,100 cloth. Will bring out books
by Kennelly ana Michael Hartnett along with