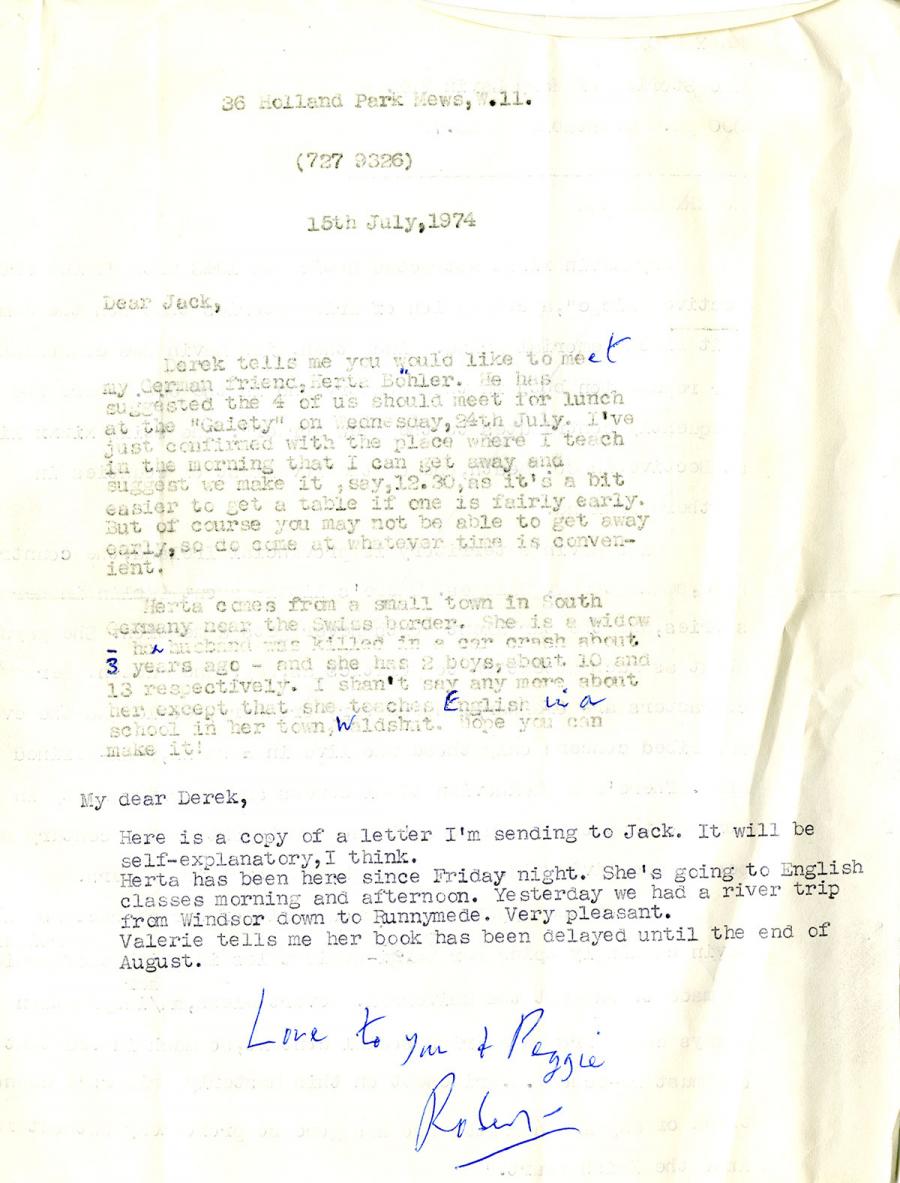 Dear Jack,
Derek tells me you would like to meet my German friend,
Herta Bohler. He has suggested the 4 of us should meet
for lunch at the "Gaeity" on Wednesday 24th July. I've
just confirmed with the place where I teach in the morning
that I can get away and suggest we make it, say, 12.30, as
it's a bit easier to get a table if one is fairly early.
But of course you may not be able to get away early, so come
whatever time is conven-ient.
Herta comes from a small town in South Germany near the Swiss
border. She is a widow - her husband was killed in a car crash
about 3 years ago - and she has 2 boys, about 10 and 13
respectively. I shan't say any more about her except that she
teaches English in a school in her town, Waldshut. Hope you can make it!

Here is a copy of a letter I'm sending to Jack. It will be
self-explanatory,I think.

Herta has been here since Friday night. She's going to English
classes morning and afternoon. Yesterday we had a river trip
from Windsor down to Runnymede. Very pleasant.

Valerie tells me her book has been delayed until the end of
August.

Love to you + Peggie