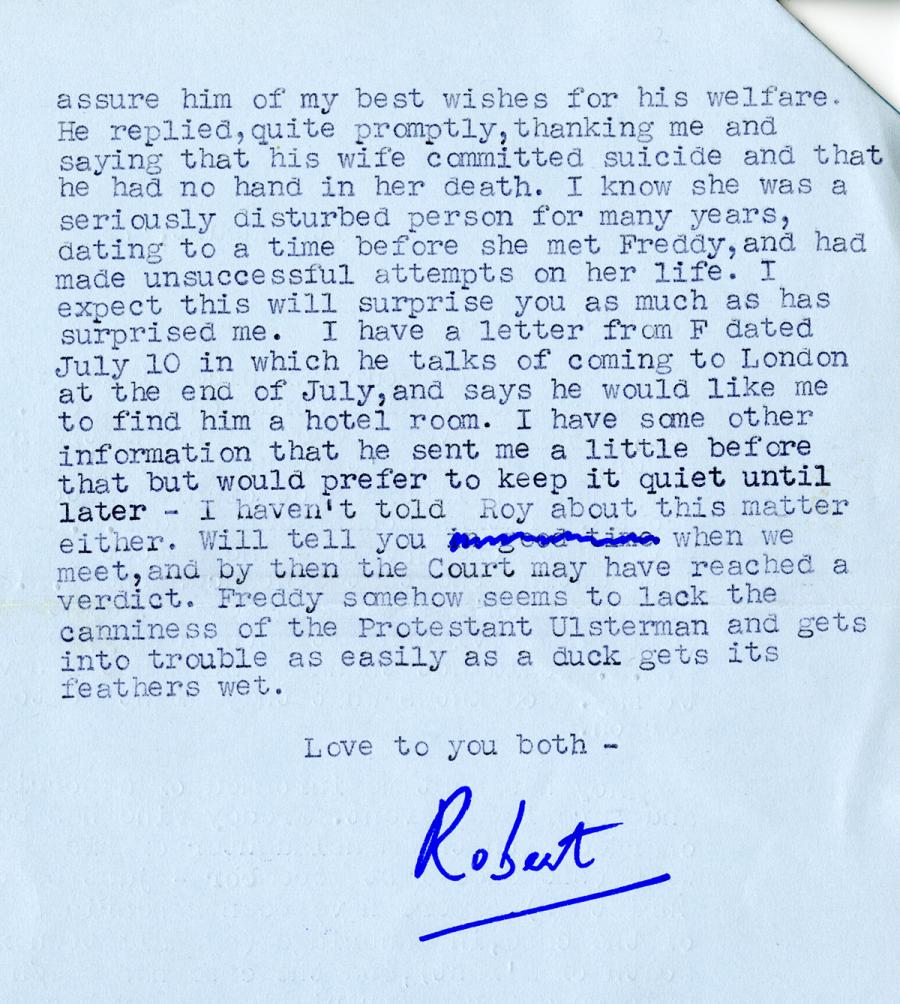 ﻿Assure him of my best wishes for his welfare. He replied, quite promptly, thanking me and saying that his wife committed suicide and that he had no hand in her death. I know she was a seriously disturbed person for many years, dating to a time before she met Freddy, and has made unsuccessful attempts on her life. I expect this will surprise you as much as it surprised me. I have a letter from F dated July 10 in which he talks of coming to London at the end of July, and says he would like me to find him a hotel room. I have some other information that he sent me a little before that but would prefer to keep it quiet until later – I haven’t told Roy about this matter either. Will tell you when we meet, and by then the Court may have reached a verdict. Freddy somehow seems to lack the canniness of the Protestant Ulsterman and gets into trouble as easily as a ducks gets its feathers wet.
Love to you both –
Robert