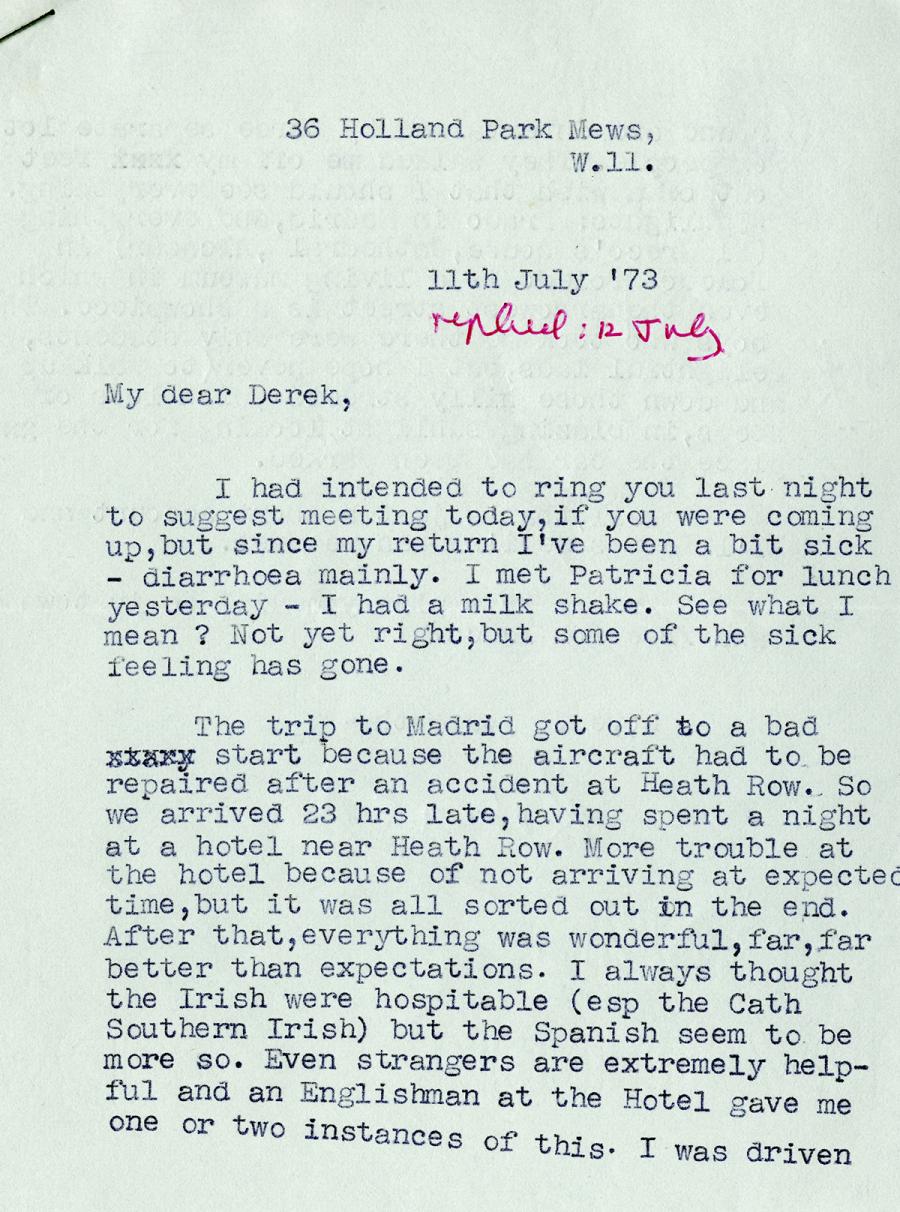 ﻿36 Holland Park Mews,
W.11.
11th July ‘73
replied : 12 July
My dear Derek,
I had intended to ring you last night to suggest meeting today, if you were coming up, but since my return I’ve been a bit sick – diarrhoea mainly. I met Patricia for lunch yesterday – I had a milk shake. See what I mean ? Not yet right, but some of the sick feeling has gone.
The trip to Madrid got off to a bad start because the aircraft had to be repaired after an accident at Heath Row. So we arrived 23 hrs late, having spent a night at a hotel near Heath Row. More trouble at the hotel because of not arriving at expected time, but it was all sorted out in the end. After that,everything was wonderful,far,far better than expectations. I always thought the Irish were hospitable (esp the Cath Southern Irish) but the Spanish seem to be more so. Even strangers are extremely helpful and an Englishman at the Hotel gave me one or two instances of this. I was driven